You may have read my previous article where I explained about who is an NVOCC and the functions of an NVOCC..

In case you haven’t read it, below is a quick refresher..

As there is no global regulatory body to register, control or regulate NVOCCs around the world, it is difficult to see how many NVOCCs are currently in operation around the world or where they are based..

It is widely believed that the US market has the largest number of NVOCC operators in the world.. USA may also be one of the few countries where an NVOCC needs to be registered prior to offering services..

NVOCC registration is also required in China as per certain publications which say that the operator must be registered with Ministry of Transportation..

Not just in terms of their registration, but there doesn’t seem to be a clear definition on whether the NVOCC operator needs to register their bill of lading or not..

Similarly, the requirement or need for registration of an NVOCC in other major jurisdictions is clear as mud..

What is the function of an NVOCC..??

An NVOCC is often termed as a “carrier to shippers” and “shipper to carriers”.. What does this mean..??

At the most basic level, an NVOCC enters into volume-based ocean freight arrangements with the various shipping lines operating across the various trade lanes.. An NVOCC then creates their own tariff based on which they sell space on these liner services to their various clients..

Depending on certain jurisdictions and markets, NVOCC’s activities may include but not restricted to below :

The ICC International Maritime Bureau (IMB) estimates from its work in verifying Bills of Lading that over 95% of all improperly issued Bills of Lading are issued by – yeah you guessed it – Non-Vessel Operating Common Carriers (NVOCCs)..

The IMB identified that there is a prevalence of issuance of incorrect NVOCC bills of lading by the NVOCC which is then presented to banks and other stakeholders in the trading and finance chain, with the aim of defrauding the trade finance system, possibly for the purposes of multiple financing, money laundering, etc..

The IMB has developed a business solution to mitigate the effects of this problem..

The IMB has established a register for Non Vessel Operating Common Carriers (the Register) who agree to abide by the IMB Code of Conduct for the proper issuance of NVOCC Bills of Lading.. 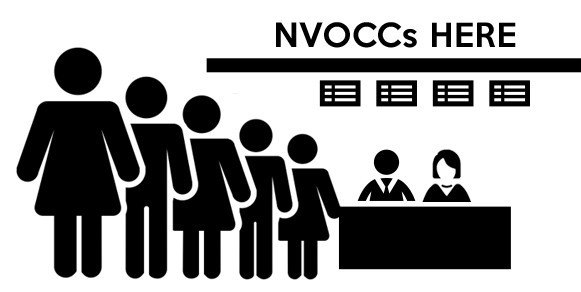 The purpose of the Register is to improve anti-fraud standards and provide a mechanism to recognise participating NVOCCs who adhere to a minimum standard of anti-fraud measures in their operations..

Banks who are members of the IMB can now check whether the NVOCC named on the bill of lading presented to them has signed up to the IMB Code of Conduct..

This provides some sort of assurance to the banks and customers that the NVOCC bills of lading issued by these NVOCCs meet acceptable standards.. There are of course consequences for NVOCCs who fail to comply..

TT Club noted that in terms of banking scrutiny, The International Chamber of Commerce’s Commercial Crime Services division has a primary function of protecting the integrity of international trade by seeking out fraud and malpractice and providing reports based on this activity to its members..

Commercial banks conduct thousands of investigations each year in relation to fraudulent bills of lading and these investigations are undertaken by the IMB..

As part of the investigation process, IMB conducts due diligence on all trade documents, including bills of lading, and seeks independent third-party verification to provide an extra level of confidence in transactions.. 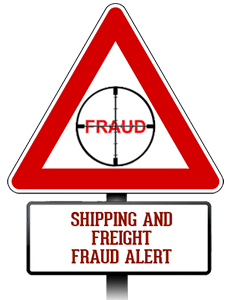 This supports banks in relation to their compliance procedures to prevent fraud, money laundering and sanctions breaches, especially since banks are not obligated or have no resources to verify if the goods have been shipped on board..

Suspect bills of lading are those which have false content including the wrong ship, dates, description of cargoes, container numbers or parties..

Perpetrators present such bills of lading to banks to facilitate fraudulent activity including money laundering, fraud, illegal capital flight and to by-pass sanctions..

Shipping and Freight Resource fully supports this initiative of the IMB which sets out the standards for the issuance of NVOCC bills of lading, and also the fact that there will now be a register where NVOCCs can be tracked..

This is hugely beneficial to the shipping and freight industry and will surely reduce potential exposures to fraudulent activity throughout the supply chain..

Hopefully, in due course, this will become a regulatory requirement for NVOCCs and maybe even Freight Forwarders, much like a customs broker or clearing agent licence..

What is your opinion on this initiative..??

Although it could mean both Owning or Operating, would be interesting to hear the rationale..