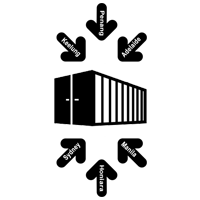 In the course of business you might have heard of the term “Consol Box“.. In this article we look at what a consol box is, how it works and the pros and cons of a consol box.. 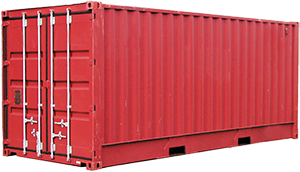 The innovative idea of containerisation conceived by Malcom McLean 62 years ago, made globalisation possible and set it on a solid growth trajectory making it easier for shippers to ship their goods all over the world quickly, easily and safely..

As containersation evolved, so did the various sizes and types of containers and also container service types..

In FCL, the client takes responsibility and liability for the packing and condition of the cargo packed in the container..

FCL is the most common container service type, but what happens to customers who don’t have enough cargo to fill a container by themselves..??

There are options for such customers to ship in smaller quantities and that option is called LCL shipment.. 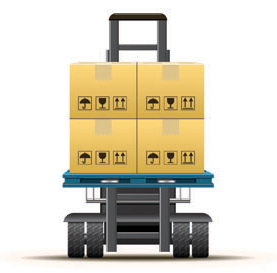 LCL stands for Less than Container Load which is when the same container is used for cargoes belonging to multiple shippers and consignees..

Consolidation refers to the act of “consolidating” (or Grouping as known in certain circles) various LCL cargoes by an operator known as a Consolidator (or Groupage Operator)..

The clients deliver their cargo to the packing station called CFS – Container Freight Station and the cargo is packed into the container..

This CFS maybe operated by the shipping line or by the Consolidator..

Although the concept of gathering several cargoes and packing it into a single container may be the same, there is a difference between LCL and Consolidation or Groupage..

Well it is quite simple actually

LCL services by shipping lines used to be popular in the past, but I am not sure how many lines actually offer this service these days..

A Consol box is considered by many as a simple way to get shipments to their destinations cheaply and efficiently..

As a customer, you need to understand the way consolidation works and the options that are available for the proper planning, execution and delivery of goods to the destination..

As with any activity there are Pros and Cons of using a consol box which is discussed below..

1. If you are using a consol service, you don’t need to handle certain activities or incur costs associated with an FCL shipment such as

2. When using a Consol Box, you only pay for the space that you use.. The consolidator will calculate the space or weight (freight ton) your cargo utilises in the container and will charge you accordingly.. This cost may be cheaper than the full cost of FCL based on the usage of space/weight in the container..

3. Using a consol box may be advantageous if you want to avoid storing a large inventory of goods.. If scheduled correctly, you can receive the right amount of stock replenishment when you need it.. This also helps in managing and budgeting your cash flow..

4. The consolidator will advise you of specific packing dates open for specific destinations which will allow you to schedule your cargo deliveries..

5. You can also use consol service for testing the service reliability of a new supplier or for testing new products that you may be buying.. The smaller quantities provide flexibility to the shipper and consignee..

But, as with any business/service there are some cons with a Consol Box as well..

1. Finding a reliable consolidator with industry experience is one of the main challenges when shipping cargo in a consol box..

3. A Consol box may be susceptible to delays at the origin CFS waiting for other cargo to the same port to be consolidated..

4. Due to multiple handling there is a chance of cargo damage as compared to FCL because the cargo maybe handled by a few different consolidation points.. There may be some destinations which require the cargo to be consolidated or handled twice..

5. There are chances of the entire container being detained for customs exam or investigation even if only one of the cargoes in the container is suspect.

6. There may be a difference in transit time between LCL and FCL to the same port and the shipper and consignee must be aware of this and arrange their shipments in line with this.. 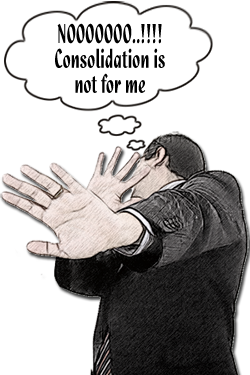 Consolidation may not be for you

In shipping there is no “one size fits all” solution, so remember, a consol box may not be suitable for everyone even if they are shipping less than a full container capacity..

For example, if your cargo is more than about 12-14 CBM or heavy cargo such as Tiles etc, usually it may be cheaper to ship FCL as the per ton cost when using a consol box maybe higher in these cases..

This calculation is on the basis of economies of scale..

When we speak about economies of scale it is important to remember that LCL cargoes are charged based on “revenue ton” or “freight ton” or most commonly referred to as W/M..

W/M refers to weight or measure whichever is higher..

For same reasons of economies of scale, the consolidator uses a 40′ container as much as possible for consolidation..

Because there will be various types of cargoes in the container in various shapes (boxes, drums, cartons, reels, pallets, uneven shapes), there will always be some wasted space in a container..

So the tried and tested optimal maximum to achieve economies of scale on an LCL is between 12-14 cbm after which an LCL shipment might not be that cost effective and an FCL may start to sound better in terms of costing..

As you can see, there are several pros and cons of using a consol box.. But its not just about pros and cons.. Whether you want to use a consol box or not depends on what is suitable for your shipping needs..

Remember, in this business of logistics you have to keep an eye on the costs, the requirements, the nature of business and deadlines.. Good luck..

10 thoughts on “Pros and Cons of a Consol Box”