Bulk and Break Bulk are two terms that are being used incorrectly and interchangeably in the course of day to day business..

These terms cannot be used interchangeably because there are distinctive differences between Bulk and Break Bulk in terms of cargo, nature, size, capacity, handling, trade, customers, ports, terminals, equipment, infrastructure…………………………………..

In the below article, I have explained the differences between Bulk and Break Bulk, differences in their operations, how the handling differs in both and differences in ships for both of these two cargo types..

The term BULK relates to trades where dry cargoes such as Iron ore, Grain, Coal, Alumina and Phosphate are carried in loose form, (i.e. the cargo is not packed) and loaded directly in the holds of the ship like below :

The ships that carry these bulk cargoes are known as Bulk Carriers, Ore Carriers or Bulkers and may be classified on the basis of their  Deadweight (DWT) as below..

DWT refers to the weight that a ship can safely carry – this includes the weight of the cargo on board the ship, the crew, stores, fuel, water, ballast etc.. If the total weight exceeds the DWT certified by the ship builder, then the ship could be in danger of sinking or damage.. 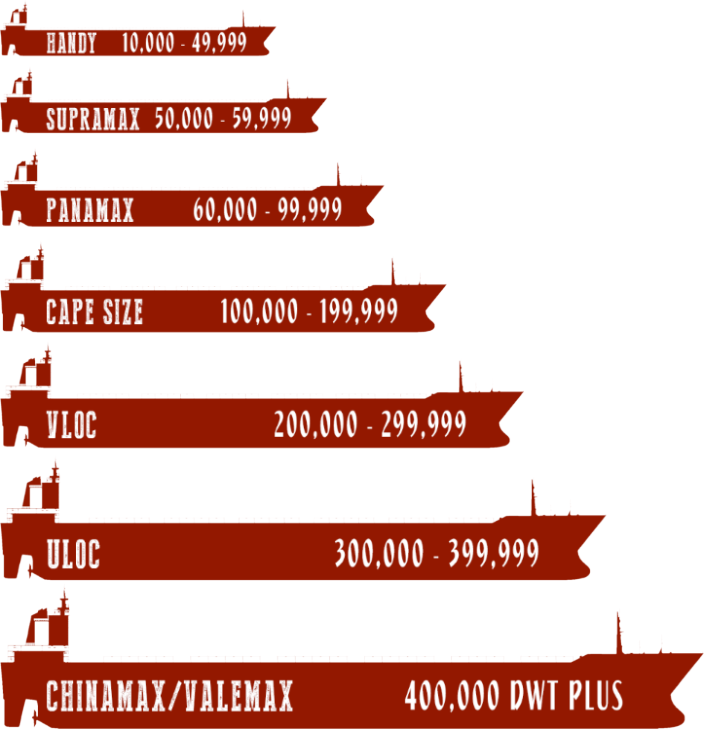 Bulk carriers have several cargo holds but a single deck and cargoes maybe loaded and carried as a Single parcel with cargo in all holds for one customer or multiple parcels with cargoes in different holds for different customers..

Since Bulk cargoes are mostly homogeneous, it may require the use of dedicated terminals – like Richards Bay Coal Terminal in South Africa for the loading and/or discharging (notice the different size of bulk ships loading)..

Bulk cargo fixtures can be done either on a spot basis (short term) or on a contract of affreightment (long term) basis.. Freight rates for bulk vessels are usually charged per Metric Ton depending on quantity and cargo loaded..

The term BREAK BULK relates to trades where the cargoes are carried in unitized form such as palletised, bagged, strapped, bundled, drummed and crated like below and also non unitised general cargo (vehicles, steel etc)..

The ships that carry these break bulk cargoes are known as Break Bulk, Multi-Purpose or General Cargo vessels and come in a variety of sizes and types such as Single Decker, Tween Decker, Box Holds.. 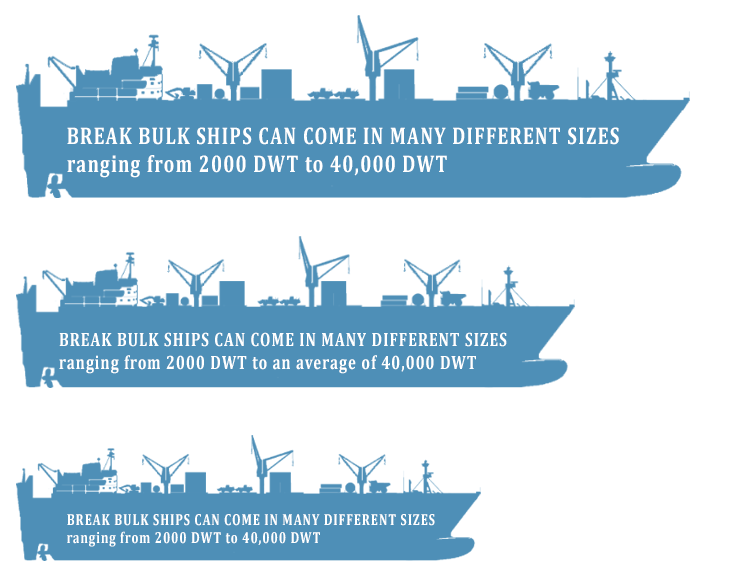 Cargo can be loaded under deck, on deck or between decks (tween deck) which some of the ships have like shown below..

In a break bulk or multi purpose vessel,

Freight rates for Break Bulk cargoes are worked out on the basis of Freight Ton or Revenue Ton which means freight is charged on the volume (CBM) or weight (MT) of the cargo whichever is higher..

Here is a look at the various ship types and a DWT vs Value comparison just so you can have an understanding of where the Bulk and Break Bulk ships stand.. 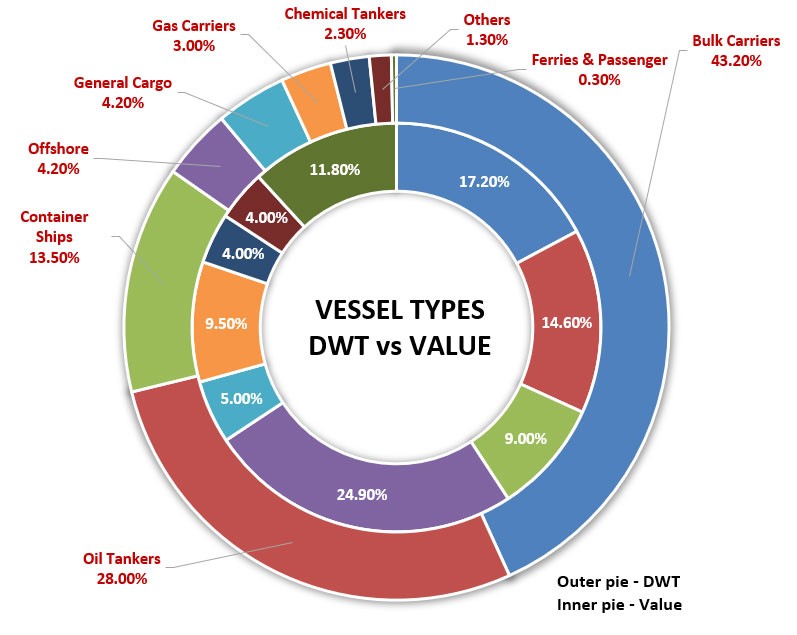 Do you have any other points that you would like to share regarding the difference between Bulk and Break Bulk..?? Please comment if you do have..

This article was originally posted in 2015 and now reposted after a few updates..

91 thoughts on “Difference between bulk and break bulk”