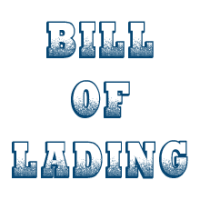 Bill of Lading (abbreviated to B/L) is one of the MOST important documents in the whole shipping and freight chain..

Although I have written several articles under the category of bill of lading, I thought it would be a good idea to dedicate an (rather lengthy) entire post to this document, so here goes..

A B/L has 3 basic purposes or roles..

1) Evidence of Contract of Carriage – emphasis on the term “Evidence“..

Many people think that

Both notions are wrong..

The contract between a buyer and seller was already established when the buyer placed the order with the seller and they both discussed and agreed (verbally or in writing) the what, where, when, how and how much of the transaction in detail..

The contract between a shipper and the carrier was already established when the shipper or his agent made a booking with the carrier (shipping line) to carry the cargo from A to B..

The B/L is the EVIDENCE of the contract of carriage entered into between the “Carrier” and the “Shipper or Cargo Owner” in order to carry out the transportation of the cargo as per the sales contract between the buyer and the seller..

2) Receipt of Goods – emphasis on the term “Receipt“..

3) Document of Title to the goods – emphasis on the term “Title“..

Based on the above roles, there are several variations of the B/L (let’s call it Types), important among which are as below..

1) When a B/L is issued in Original(s) to a “named” consignee it is referred to as a “Straight B/L” and a straight B/L is a NON-NEGOTIABLE & NON-TRANSFERABLE DOCUMENT..

Release of cargo at destination may be issued ONLY to the named consignee and ONLY upon surrender of at least 1 of the original bills issued..

This bill of lading satisfies roles 1 & 2 above fully and does not satisfy role 3 (Document of Title) as the document is not negotiable or transferable..

2) When a B/L is issued to a “named” consignee but without any originals it maybe considered as a “Sea Waybill“.. This B/L is also a NON-NEGOTIABLE & NON-TRANSFERABLE DOCUMENT..

A Sea Waybill is usually issued

Since no originals are issued in the case of a Sea Waybill no surrender is required and the release may also be termed as an Express Release and is mentioned as such on the body of the B/L and manifest..

This bill of lading satisfies roles 1 & 2 above and does not satisfy role 3 (Document of Title) as the document is not negotiable or transferable.. 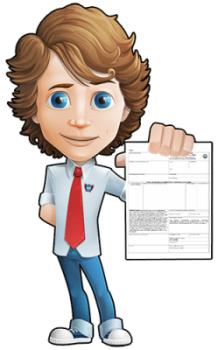 One of the most important aspects of a B/L is that it can be used as a negotiable instrument for payments between a buyer and seller using Letter of Credits.. You can read how a Letter of Credit works here..

A negotiable B/L must be treated like gold and due care must be taken not to lose it.. There are several cumbersome procedures to be followed if an original B/L is lost..

Destination port agent may issue release of cargo only after at least 1 of the issued originals are surrendered and after checking the endorsements on the back of the B/L as it is possible for this type of B/L to be endorsed or transferred to another company..

This bill of lading satisfies all of the above 3 roles.. Read the permutation and combination regarding the consignee in one of my previous articles..

There are also various ways in which the B/L is termed or titled, the purpose of which is to identify the carriers responsibility in terms of the carriage..

Below are some of the ways in which a B/L is termed or titled..

Carrier takes responsibility for any loss or damage for the entire transport including the sea and other mode of transport..

Read – Intermodal vs Multimodal – what is the difference..??

The terms on the Through B/L issued by the carrier will specifically state this, in such a B/L..

Another misconception that most people have is terming a bill as Telex Release B/L.. There is no such term.. Read more about what a Telex Release is by clicking this link..

Do you know of any other document as versatile and varied like a B/L..!!