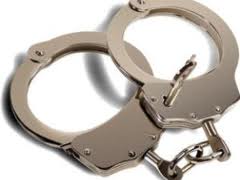 The third category of arrests is that of security arrests which is utilised in cases where a claim is or will be arbitrated in a foreign jurisdiction or in South Africa irrespective of the law that governs the matter. Security arrests are thus sought by court order which enables the claimant to arrest the vessel for the purpose of providing security although South African law may not govern the merits of the case.

It is important to note that the Act also empowers claimants to seek relief against an associated ship, which is-

“… a ship, other than the ship in respect of which the maritime claim arose-

It is important to bear in mind that whilst South African law does present claimants with a range of options when filing a relevant maritime claim against a shipowner, the weight to be attached to evidence provided by such claimant shall solely be in the discretion of the court.

Furthermore, due to the fact that the implementation of a ship arrest may cause significant disruptions regarding the operation of the ship and subsequent costs to shipowners, South African law offers protection to shipowners from malicious or unwarranted claims by recognising ‘wrongful’ arrests. A claimant may in this instance incur severe expenses for the impairment caused to shipowners in circumstances where an arrest is made without “reasonable and probable cause” or where an excessive claim is made. It is thus imperative for claimants to obtain an opinion from specialist attorneys prior to instituting a ship arrest as well as to gather clear and sufficient evidence in order to support his/her claim.

Please note that the above article is not intended to represent an exhaustive or all-inclusive synopsis of all the aspects relating to maritime ship arrests in South Africa as same has been simplified for the purposes of this publication. It should furthermore not be assumed that there have not been further developments in the law subsequent to the publication hereof. Readers are therefore cautioned to seek legal assistance before taking any decisions based on the information herein.

About the Author – Kavisha Baboolal :

Kavisha Baboolal is an attorney with over four years’ experience in the legal industry, holding an LLB degree and a Masters in Maritime Commerce.

She has also lectured on Fundamental Human Rights at Varsity College.

Her experience includes maritime and logistics claims, company formation and restructuring, mergers and acquisitions, and other corporate and commercial matters.