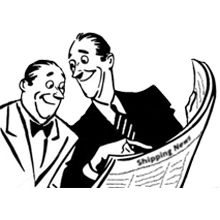 Yantian Express a 7,510-TEU vessel operated by Hapag Lloyd suffered fire on board in early January while on its way from Colombo, Sri Lanka to Halifax, Canada.. The ship was carrying around 3,875 containers at the time of the incident of which 320 containers were a total loss..

All the containers for which the General Average security has been placed will be moved in due course to its contracted final place of delivery every on transhipment or on-carriage basis.. This arrangement is expected to be completed in about 2-3 weeks..

However, ONE has reported that there are more than 200 containers discharged in Halifax for which the General Average and salvage security has not been provided..

Without this security, containers cannot be released to the customer, but has also advised customers that if the container remains unsecured it could be subject to the risk of arrest and sale of the cargo for which the client will be responsible for related fees and costs..

So in one way the saga of the Yantian Express has come to an end..

You can follow the sequence of events relating to the Yantian Express here..

Are there are readers here who had cargo on the Yantian Express and can share their experiences..??