Which weight should be declared in a container bill of lading..??

Which weight should be declared in a container bill of lading..??

A question that puts a doubt in many heads within the shipping and freight industry..

One of the readers (Munuswamy) has below question

I need to clarify who is correct. 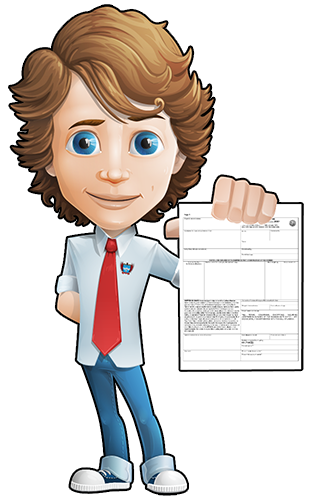 One of the main components that is shown in a bill of lading is the Weight.. This is a very important component for the exporter, importer and also the shipping line..

Well, there are certain commodities that are priced and sold on weight, so it is important for the shipper to show the right weight in order for him to be paid by the consignee..

For the ship and shipping line the weight is important to know how much of cargo has been loaded on board the ship in order to operate it safely and within its allowed carrying capacity (DWCC)..

In a containerised shipment, several weights are used..

Tare Weight – is the weight of the empty container (for general internal dimensions and tare weight refer to https://www.shippingandfreightresource.com/2009/02/17/container-sizes-and-dimensions-all-types/

The discussion is Which weight should be declared in a container bill of lading..??

The weight shown in the bill of lading should be the Cargo Gross Weight which is also the same as the Container Net Weight..

If you look at the evolution of cargo movement and the bill of lading, it started off as bulk and break-bulk where only the weight of the cargo was taken into consideration as there was no universal packaging to carry it.. A container as a package of transport was developed much later.. You can view a bit of its history here..

This practice has continued and in a containerised shipment, the same principle has been carried forward and the Cargo Gross Weight as defined above is the weight that is shown in the bill of lading..

Various shipping lines however seem to have various headings shown on their relevant bills of lading for weights.. 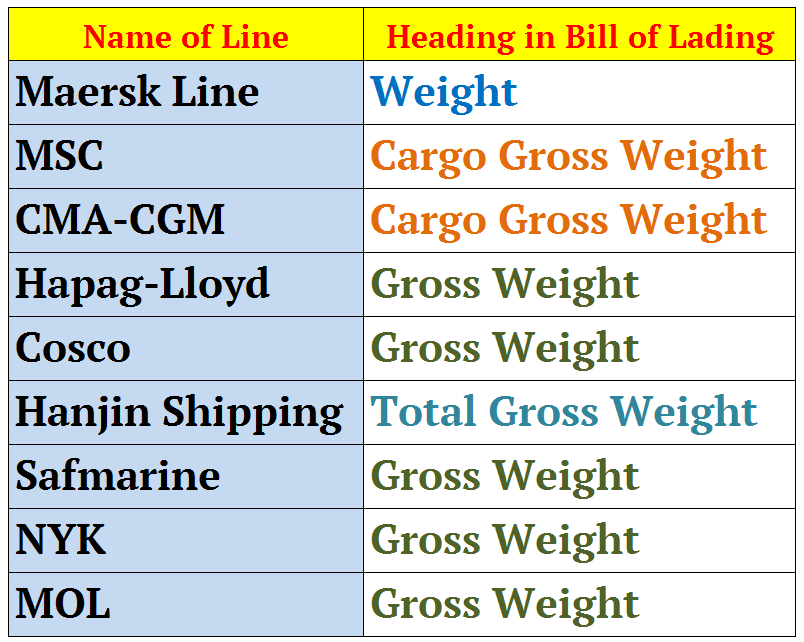 If you look at the heading of the weight column on the bill of lading of some of the top shipping lines in the world, we can see why some of the people might be confused as there seems to be no uniformity in the way the lines have defined their headings or what weight is expected to be declared..

BIMCO and FIATA show below heading on their bills of lading

Have you had a different experience or any other point to add to this discussion..??