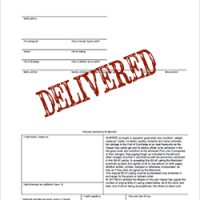 In many articles on this site, I have explained what a Bill of Lading is and its importance in the whole shipping cycle..

This handover is accomplished by means of a document called a Delivery Order which is another important document in the shipping cycle and in an ideal cycle you can call it the climax of the cycle.. The parting of ways of the cargo and the carrier if you wish.. 🙂 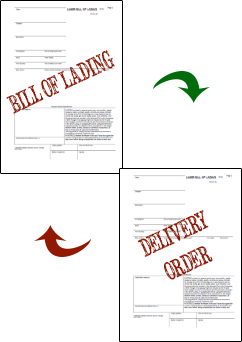 A Delivery Order is a document issued by the carrier, in exchange for

releasing the cargo to the legal consignee mentioned in the bill of lading..

Only with this delivery order the consignee can clear the cargo with customs and take delivery of the cargo from the port, terminal, depot or wherever it is stored..

As mentioned in my post about Bill of Lading and duly discharged bills of lading, it is very important that the releasing agent issues the Delivery Order to the right entity as this document is the final frontier before the cargo is released and it cannot be reversed under normal circumstances..

Who issues a Delivery Order..??

The Delivery Order is issued by the carrier of the cargo directly if they have their own office at the destination or by their authorised destination agent on behalf of the main carrier..

Depending on the service type of the container which is indicated on the bill of lading, this may also be issued by the Groupage Operator for LCL/LCL cargoes..

In cases where a House Bill of Lading (HBL) has been issued by a Freight Forwarder, the Freight Forwarder’s counterpart agent at destination will collect his Original HBL and issue a Release Letter to the main carrier requesting that their Delivery Order be issued to the nominated consignee..

In most cases where HBL is issued, the Master Bill of Lading (MBL) will be either a Sea Waybill or will be Telex Released to facilitate easy release..

Based on this release letter, the main carrier will release the Delivery Order to the nominated consignee..

If the issued bill of lading is a negotiable bill of lading, the carrier will issue Delivery Order only once they have verified that the original bill of lading has been properly endorsed in order to ensure that the cargo is released to the correct party..

Below are the permutation and combination of consignee and the endorsements required on the negotiable bill of lading for that consignee..

It may also be considered as the end of the contract between the carrier and the consignee for that particular shipment..

This is of course assuming that the consignee takes delivery of the cargo promptly after securing the Delivery Order..

Abandoned cargo is another story all on its own..