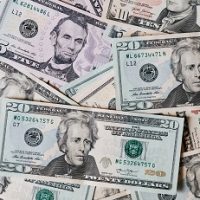 As of January 7th, data from the Ports of Los Angeles and Long Beach showed that 103 vessels expected to deliver approx. 147,000 TEUs at these two ports were either waiting in the 40 nautical mile zone or loitering/drifting/slow steaming heading to the ports.

With LA and LB handling roughly 40% of US imports, delays at these ports are significant headwinds to US economic growth.

According to project44 intelligence, the containers destined for discharge at these two ports were said to carry cargo valued at around $5.9 billion.

Between January and November 2021, an estimated $238 billion worth of cargo experienced significant delays outside these ports. These eye-watering numbers help explain how port congestion is driving up prices at the register, and how low interest rates are allowing companies to add additional inventory in the supply chain at low cost.

“With interest rates at historic lows, the cost of holding more inventory is lower than you’d expect,” said Josh Brazil, VP of Supply Chain Insights at project44. “And while this low trade financing environment is helpful for shippers, it only exacerbates the congestion issues.”

“This phenomenon has underscored how multidimensional the supply chain crisis is,” Brazil said. “While more inventory might seem like a good short-term solution, the industry also desperately needs more visibility, better cargo management, and infrastructure and process improvements.”

Port of LA data analyzed by project44 showed that during 2021, an average of 540,255 TEUs per month were waiting outside the port, with an average of 377 container ships per month waiting at anchorage for a berth. With an average cargo value of $40,000 per TEU, against a 3.2% cost of financing, shippers found themselves paying around $106 per TEU per month (Source: project44 and HSBC).

Given an average transit time between major Chinese ports and Los Angeles of 60 days, shippers incurred an average of two months of interest payments on goods traveling by sea. This translated into almost $321 million in total additional interest between the months of January and November 2021 – which, while significant – is a small fraction of the total cost of goods.

With interest rates at historic lows, companies could finance a surplus amount of inventory and essentially store it at sea for two months. While this might not be entirely deliberate, the congestion helped companies circumvent storage costs on the excess inventories. Though importers paid interest-related penalties on freight stranded at sea, the costs were diminutive compared to storing that inventory on land (warehousing prices are high, while availability is scarce). 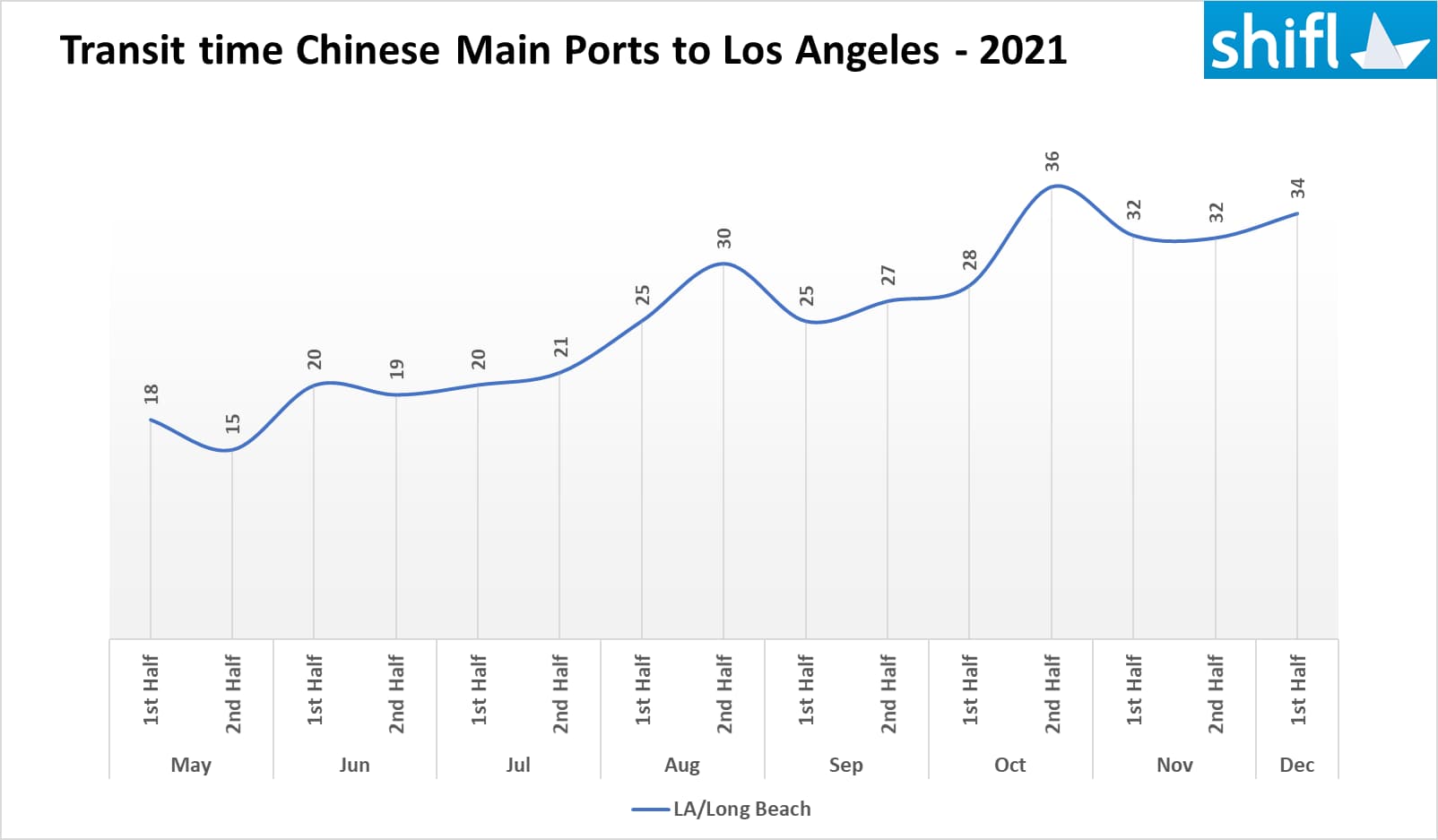 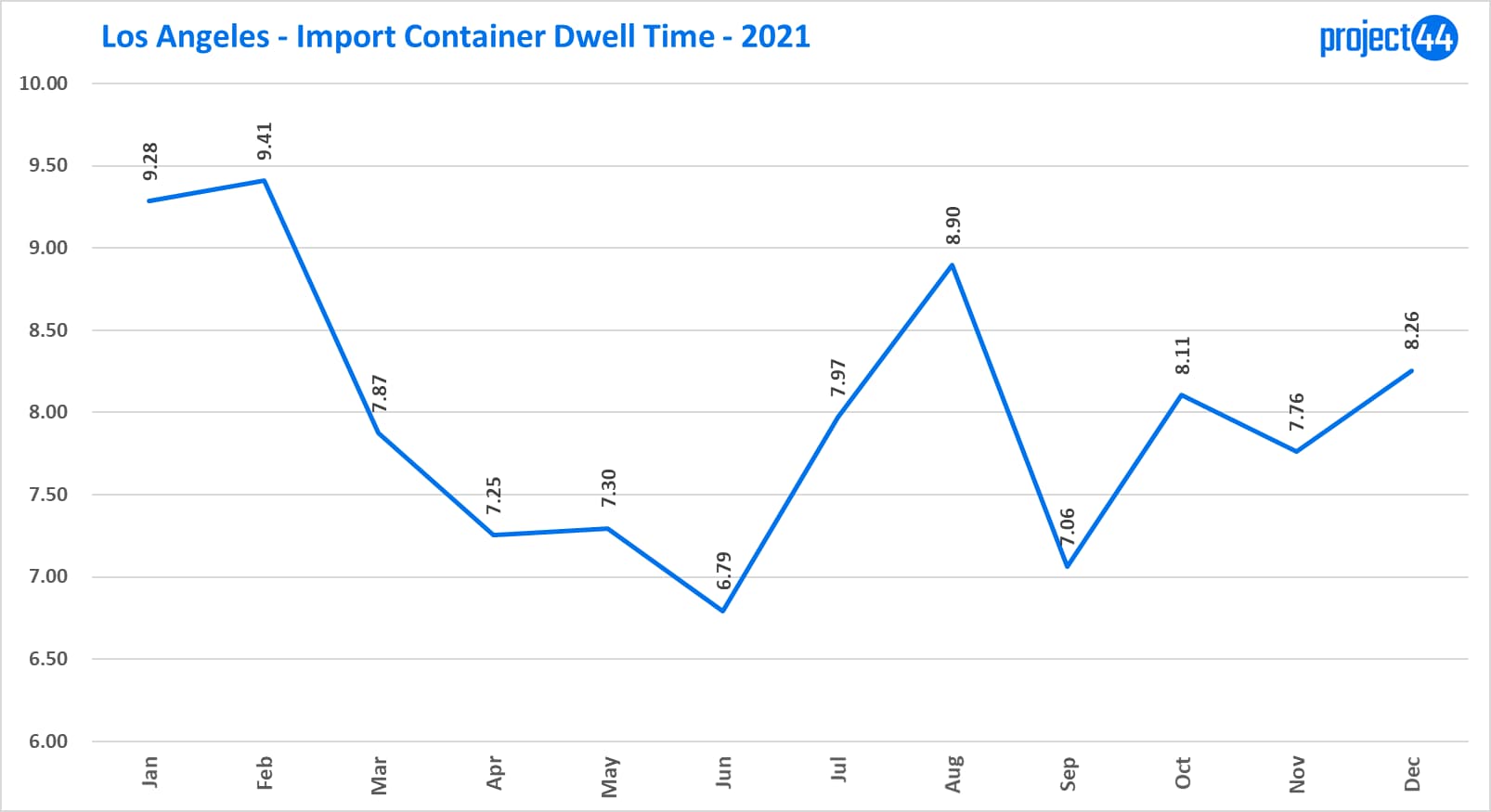 According to p44 intelligence, importers faced a domino effect of disruptions that exceeded their forecasted shipping delays. While importers did foresee shipping delays and sent in orders by as early as June/July this year to bolster inventories in time for the holiday shopping season, this was not ultimately enough – due to the 103 vessels stranded with cargo (a portion of which must have gone out in sales in December) by Jan 7.

Successive disruptions in the second half of the year, including multiple COVID outbreaks across Asia, major terminal closures in Yantian and Ningbo, and the Suez Canal incident, exacerbated supply chain bottlenecks (which was already worse in mid-2021).

However, the holiday shopping season did manage to satisfy consumer demand – even beyond expectations. This leads us to believe that businesses over-ordered merchandise (considering a chunk of it still remains stranded in/around ports), which could be used to replenish depleted inventories or be marketed at a discount in the months ahead. The port congestion issue will continue to impact restocking cycles this quarter, alongside the Omicron breakout and the impending Chinese New Year closures in China.

project44 is the world’s leading advanced visibility platform for shippers and logistics service providers as defined by the number of happy customers, number of carriers, number of customers, ARR, net retention, shipments per day, growth rate, and gross margin. project44 connects, automates, and provides visibility into key transportation processes to accelerate insights and shorten the time it takes to turn those insights into actions. Leveraging the power of the project44 cloud-based platform, organizations increase operational efficiencies, reduce costs, improve shipping performance and deliver an exceptional experience to their customers. Connected to thousands of carriers worldwide and having comprehensive coverage for all ELD and telematics devices on the market, project44 supports all transportation modes and shipping types, including Air, Parcel, Final-Mile, Less-than-Truckload, Volume Less-than-Truckload, Groupage, Truckload, Rail, Intermodal and Ocean. In 2021, project44 was named a Leader among Real-Time Transportation Visibility Providers in Gartner’s Magic Quadrant. To learn more, visit www.project44.com.