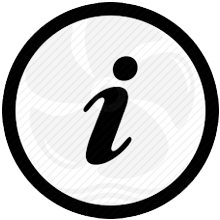 Yesterday, I posted some questions relating to the consequences and process of General Average – once it is declared..

In a press release, ONE (Ocean Network Express) one of the alliance partners of Hapag Lloyd, have released further information relating to the Yantian Express which declared General Average on the 25th of January 2019..

The “Yantian Express” suffered a major fire resulting in both the vessel and a portion of the cargo suffering either fire or water damage..

SMIT Salvage Americas, LLC have been engaged as salvors for this vessel under a Lloyds Open Form contract (LOF)..

The Salvors are entitled to retain the cargo after the termination of services under the LOF, until salvage security is provided by the cargo owners..

The ship is at the moment in Freeport, the Bahamas, in a shipyard designated exclusively to receive the distressed containers/cargo due to reasons of security, health, safety and environmental considerations..

The Port Authority is monitoring the preparation of the site and is yet to give their final approval to commence discharge operations.. The approval is expected to be received in the next few days and this discharge is said to take approximately two months..

In their advisory, ONE advised their clients that they are currently exploring available options for the containers and cargoes which are considered unaffected by the fire and are in a dry and sound condition, and hope to advise everyone soon on this development..

It is also understood that in order to expedite the collection of salvage security and to facilitate on-carriage of cargo to destination, Salvors have set an early security demand..

ONE released an update on the General Average security demand, latest salvage declaration details, a Salvage Guarantee Form and an overview of frequently asked questions (FAQ) all of which can be downloaded here..