Tetrapods and their role in the maritime industry 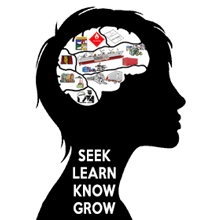 Other than educational articles related to shipping and freight, from time to time I also post news, opinion pieces and articles that provide a glimpse into other less known aspects of the shipping, freight, maritime, logistics and supply chain industry.. Articles that help in improving knowledge in line with the motto of this blog, SEEK – LEARN – KNOW – GROW..

Today’s article is about Tetrapods and their role in the maritime industry.. 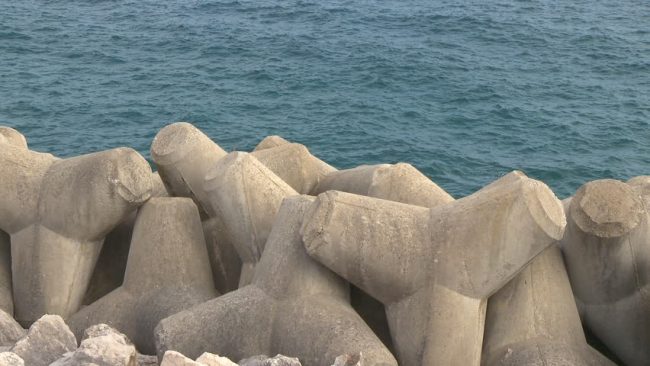 You may have seen hundreds of these four legged beasts lying stacked on top or inter-locked with each other along the shorelines of many coastal cities around the world..

These are called Tetrapods..

The name Tetrapod which is derived from the Greek words “tetra” = 4 and “pod” = legs refers to a tetrahedral shaped concrete engineering structure designed to protect the coast from wave action/erosion and to reinforce coastal structures such as seawalls and breakwaters..

A Tetrapod is one of the varieties of “concrete armor units” in existence around the world, all of which have been designed for similar purposes..

These armor units come in various shapes, sizes and weights as shown below..

In a study done by Stephanie Wehkamp she notes

The weights of the tetrapods vary worldwide in dependence of the prevailing local weather conditions. On the coastline of the small rocky island of Helgoland in the German Bight, the weight of the tetrapods is six-tons each but on the north coast of Taiwan, where on average three to four typhoons affect the island every year, massive tetrapods weighing 20 – 30 t were introduced (Tsai et al. 2006). Even greater in size with a weight of 40 t are the tetrapods used for the breakwater of the Misurata Steel Factory Port in Libya (Gürer et al. 2005).

Role of Tetrapods in ports/maritime industry

So how are tetrapods connected to our industry and what is their role in the maritime industry.. As said above, tetrapods are designed to protect the coast from wave action/erosion and to reinforce coastal structures such as seawalls and breakwaters..

Breakwaters are the structures constructed to enclose the harbours to protect them from the effect of wind generated waves by reflecting and dissipating their force or energy..

Such a construction makes it possible to use the area thus enclosed as a safe anchorage for ships and to facilitate loading and unloading of water by means of wave breakers..

Breakwaters are built to provide shelter from waves to manipulate the littoral/sand transport conditions and thereby to trap some sand entrance inside the Anchorage Area..

Here is an image of a breakwater at the port of East London (South Africa) and the harbour.. You see those shapes surrounding the wall, those are Dolos which are one of the types of tetrapods..

Incidentally these dolos (or dolosse) are credited to have been are one of South Africa’s best inventions designed and developed by East London harbour engineer Eric Merrifield and his young draughtsman, Aubrey Krüger..

So how does a Tetrapod work..??

The unique tetrahedral shape of the Tetrapod breaks the force of incoming waves by allowing water to flow around them and also reduces displacement through the interlocking..

Due to their weight and design, tetrapods can remain stable even under the most extreme weather conditions..

When arranged together in their hundreds, the tetrapods form an interlocking, porous barrier that dissipates the power of waves and currents..

As we all know though, nothing that has been created by man so far can last forever against the fury of nature without maintenance and Tetrapods are no exception..

Due to the constant battering they receive, tetrapods or any of the other concrete armor units can become dislodged and need to be replaced after a prolonged period of time..

With advances in technology, the tetrapod movement or any change in structural formation including dislodgement if any, are monitored through the use of satellite imagery..

Though tetrapods are helpful structures, they have also faced a lot of criticism mainly because of their shape.. Many people argue that they pose a danger to swimmers, surfers, and boaters, while others say that tetrapods in fact accelerate beach erosion by disturbing the natural processes that shape the coastal environment..

Tetrapods have also been criticized for spoiling the natural coastal scenery.. It is also been said that the wave action on tetrapods pulls the sand away from the shore faster than what happens in the natural process..

Even though tetrapods are widely criticized, the fact remains that they cannot be neglected.. The main feature of a tetrapod lies in its design, which is not found in nature..

Although tetrapods are artificial and may not be aesthetically pleasing to many eyes, in spite of all the criticism have been extremely helpful in numerous ways..

Despite their perceived unsightly impact on natural scenery, the internet seems to have a lot of people who appear to love tetrapods.. There are sites teaching how to create smaller versions of these tetrapods to act as cable holders, USB jacks etc.. There are also tetrapod cushions..!!!

Japan as a country is apparently quite taken up with tetrapods.. These tetrapods are also said to have been used extensively in the construction of the world’s longest bridge connecting Hong Kong to Zuhai and Macau..

You can read some interesting facts and images of tetrapods here..