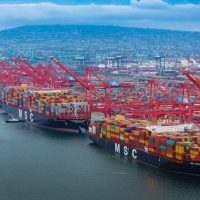 This is the message from Mario Cordero, Executive Director of Port of Long Beach announcing the postponement of Container Dwell Fee till the 22nd of November both at Long Beach and Los Angeles today.

“We’re encouraged by the progress our supply chain partners have made in helping our terminals shed long-dwelling import containers. Clearly, everyone is working together to speed the movement of cargo and reduce the backlog of ships off the coast as quickly as possible,” said Port of Long Beach Executive Director Mario Cordero. “Postponing consideration of the fee provides more time, while keeping the focus on the results we need.”

“There’s been significant improvement in clearing import containers from our docks in recent weeks,” said Port of Los Angeles Executive Director Gene Seroka. “I’m grateful to the many nodes of the supply chain, from shipping lines, marine terminals, trucks and cargo owners, for their increased collaborative efforts. We will continue to closely monitor the data as we approach November 22.” 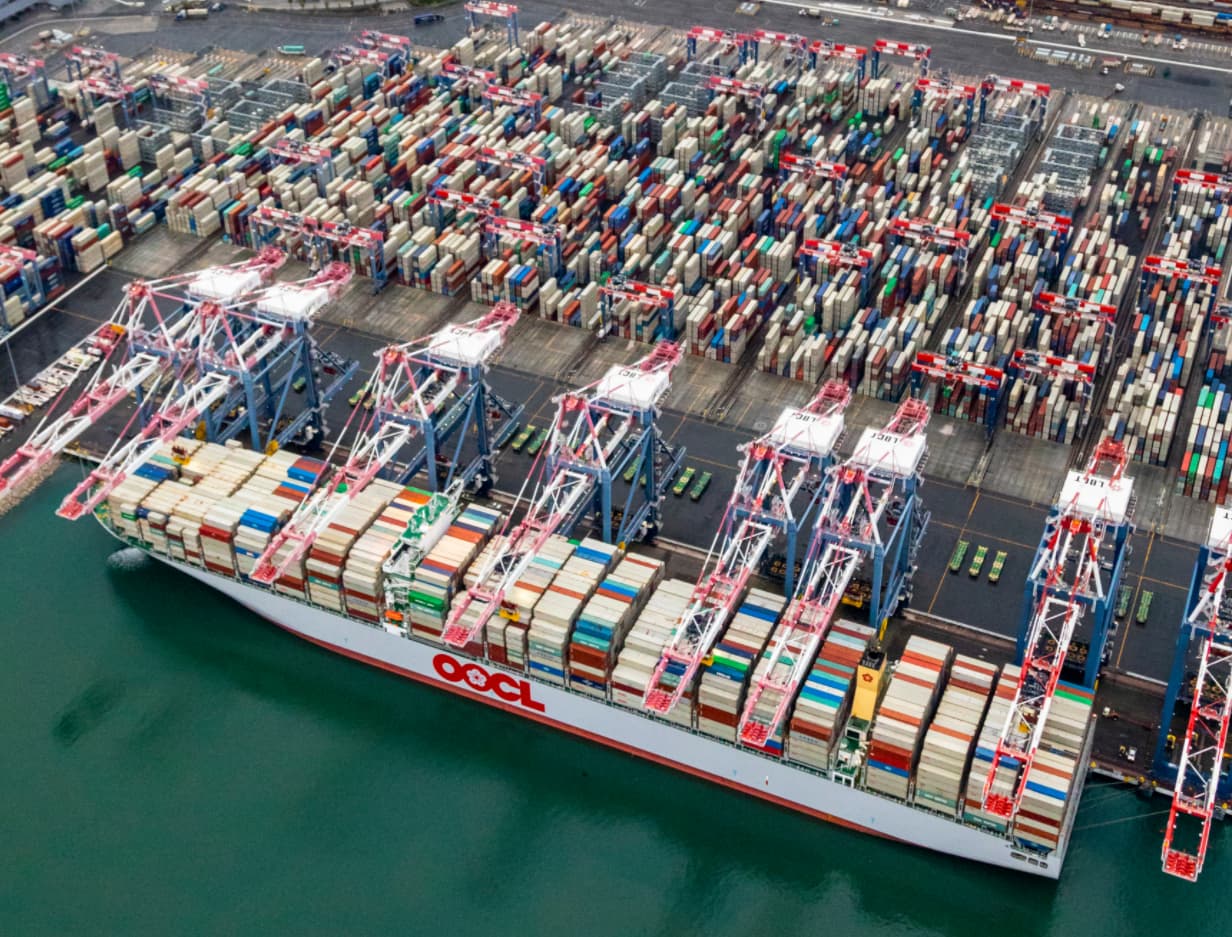 As per a news release, the Port of Long Beach announced that since the fee was announced on Oct. 25, the twin ports have seen a decline of 26% combined in aging cargo on the docks encouraging the delay in implementation of the fee.

Under the temporary policy approved Oct. 29 by the Harbor Commissions of both ports had announced that ocean carriers will be charged for each import container that falls into one of two categories:

Before the pandemic-induced import surge began in mid-2020, on average, containers for local delivery remained at the container terminals under four days, while containers destined for trains dwelled less than two days.

The ports had announced that any fees collected from the cargo dwell fee would be reinvested for programs designed to enhance efficiency, accelerate cargo velocity and address congestion impacts.

The Port of Los Angeles statistics show that between 1st Nov and 15th Nov, the number of containers staying in the terminals over 13+ days dropped from around 30,000 to 20,000 while containers between 5-8 days stayed at around the 12,500 containers mark. 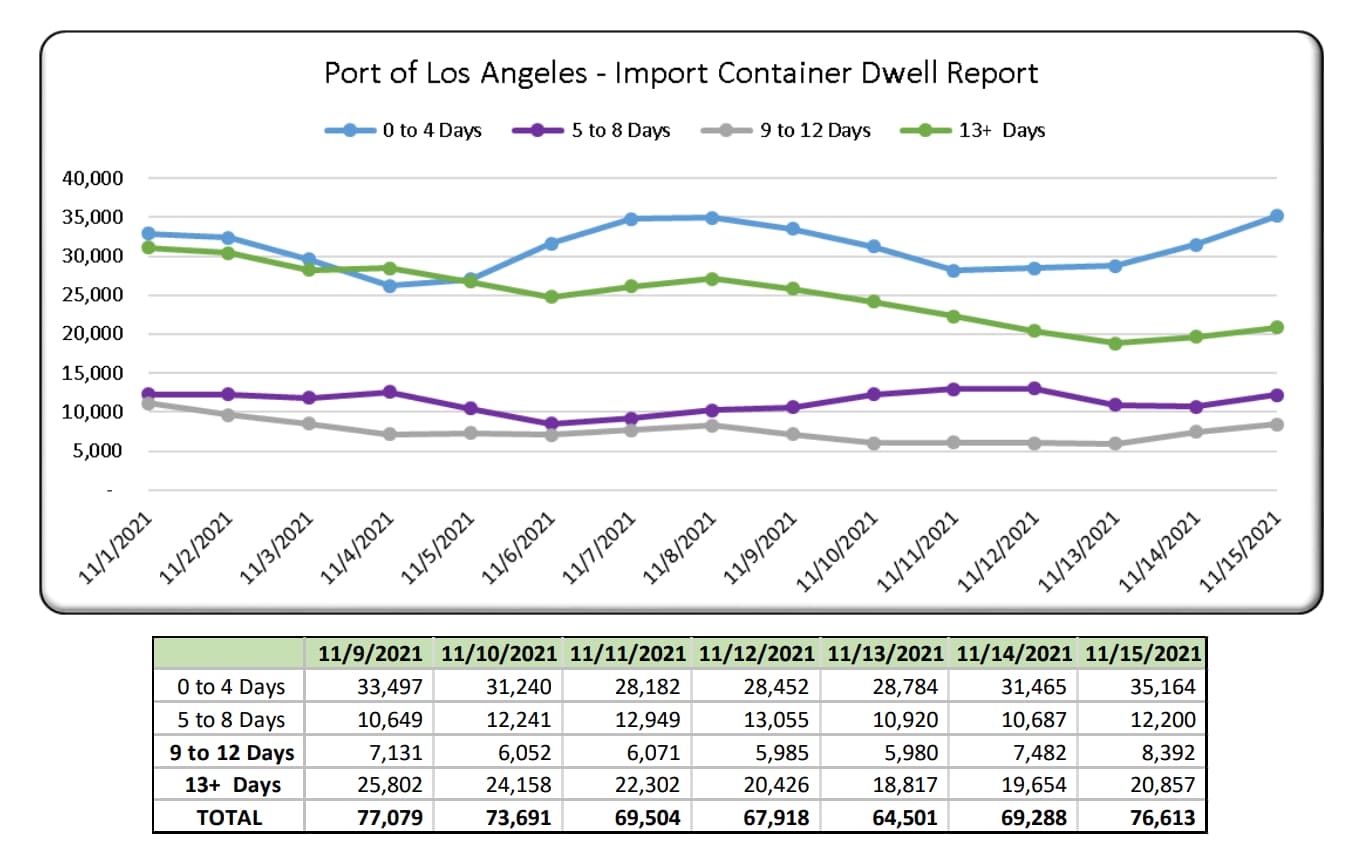