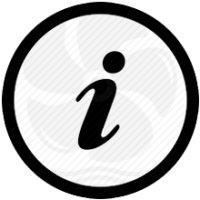 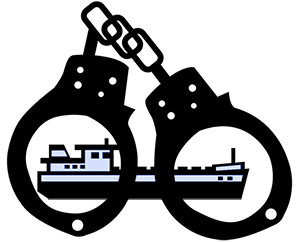 The Constitutional Court has recently rejected an application for leave to appeal brought by a shipowner, Parakou Shipping Pte Ltd against a judgment of the Supreme Court of Appeal (SCA) upholding the arrest of an associated ship.

In doing so, the Constitutional Court found that the application for leave to appeal did not raise a constitutional issue.

The effect of this is that the SCA’s judgment, which favours a broad interpretation of the associated ship arrest provisions in the Admiralty Jurisdiction Regulation Act of 1983, remains South African law.  Plaintiffs should be pleased by this development and shipowners should be aware of it.

The judgment has in its genesis the collapse of financial markets in 2008 which saw charterparty rates plummet by 95% almost overnight.  In July 2008, Parakou Shipping had just concluded a five year time charter for a vessel at the high prevailing rates.

When the owner of that vessel Galsworthy Pty Ltd (Galsworthy) tendered delivery of the vessel, Parakou Shipping refused to accept delivery because similar vessels were then available at around 5% of the agreed rate.

This resulted in London arbitration awards in favour of Galsworthy of approximately US$60 million which Galsworthy sought to enforce by way of the arrest of associated ships in South Africa.

The Act provides that a claimant can obtain an order for the arrest of ship or arrest a ship in rem if it is has a claim in personam against her owners or if the ship to be arrested is an associated ship to the ’wrongdoing’ vessel.  For the purposes solely of association, the charterer is deemed to be the owner of the wrongdoing ship.

Two of the arrests were set aside by the trial court and one was upheld.  The latter arrest was then set aside by the KZN High Court acting as the first appeal court.  Galsworthy took that decision on appeal to the SCA.

During the intervening years, Parakou Shipping was liquidated in Singapore.  On appeal, the owner of the arrested ships argued that Galsworthy’s claim arose at the time the arbitration awards were handed down.

The SCA rejected these arguments and upheld the arrest.

Parakou Shipping brought an application for leave to appeal to the Constitutional Court on the basis that the association ship provisions should be given a very narrow interpretation rather than the broad interpretation favoured by the SCA.

This was because the effect of the associated ship provisions was to deprive Company A of its private property for debts owed by Company B.  This was allegedly in breach of the Constitution’s guarantee of the right to private property. The complaint was not that the associated ship provisions themselves are unconstitutional simply that they should be interpreted narrowly.

The Constitutional Court rejected the invitation to consider this constitutional argument and accordingly the broader approach favoured by the SCA stands.