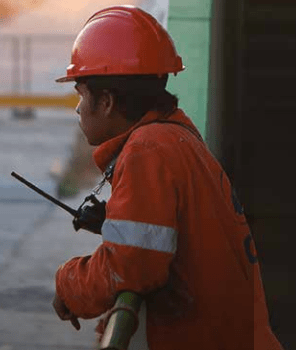 Seafarers are the backbone of the maritime sector. There are an estimated 1,647,500 seafarers serving on various ships globally. Off these, more than 770,000+ are officers and 870,000+ are ratings (non-officer rank).

India as the 3rd largest supplier of seafarers in the rank of officers accounts for around 9.35% of the global seafarer population. This makes India a popular destination for crew signing on and off.

While the 2nd wave of COVID-19 continues its onslaught on India in the recent weeks, seafarers who have recently visited India may find themselves in a bit of a pickle especially if their shipping route involves Singapore and they were planning to sign on to the ship at Singapore.

As per a Port Marine Circular from the Maritime and Port Authority of Singapore, ship crew with travel history to India within the last 14 days preceding arrival to Singapore will be restricted entry into Singapore.

This includes any crew who have signed off in India and transiting Singapore to connect to onward destinations via Singapore. The above restriction for crew with travel history to India came is effective from 23rd April 2021, 23:59 hours.

While such bans by Singapore is not new, having banned seafarers with recent travel history to the UK and South Africa in December 2020/January 2021 due to the Covid-19 variants in these countries, the India ban is expected to have a much larger impact on the maritime industry due to its reliance on Indian crew/officers.

Singapore has always been considered to be a major hub for crew change due to its geographical location and connectivity East and West with MPA having facilitated more than 120,000 crew changes in Singapore.

This ban adds to the woes that hundreds of thousands of seafarers across the world face due to them being stranded and delayed sign on and sign off due to the COVID-19 pandemic.