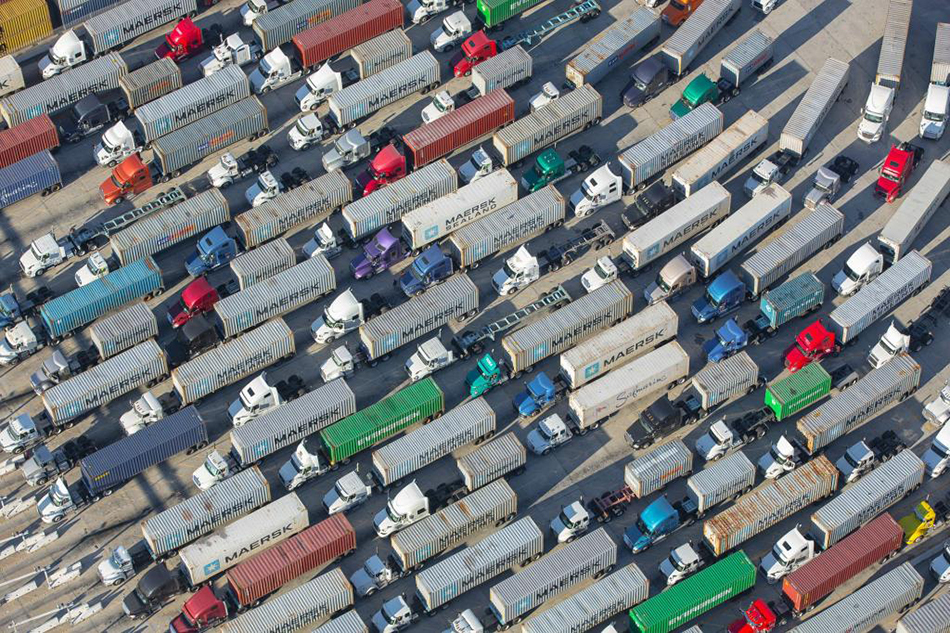 “Months of Coordination Bring Signs of Good Cheer” – this is the word from the White House about the supply chain disruptions that we have been seeing in the past few months..

In its last update of the year on the 17th of December the White House’s supply chain tracker has reported that there has been significant progress in the mitigation of supply chain disruptions as the holidays draw near..

To help restore fluidity to the ports, the Biden-Harris Administration has worked with the Ports of Los Angeles and Long Beach to impose a fee on ocean carriers for containers that sit on the docks for more than eight days. This has helped reduce the number of long-dwelling containers sitting on the docks by almost 50 percent since the beginning of November.”

What is perhaps the most promising evidence that containers are exiting the port more quickly is the data from digital freight forwarder Shifl showing that the average amount of time that containers sit at the ports of LA, Long Beach and New York has fallen by about a week in early December at each port since their respective peaks in the fall. 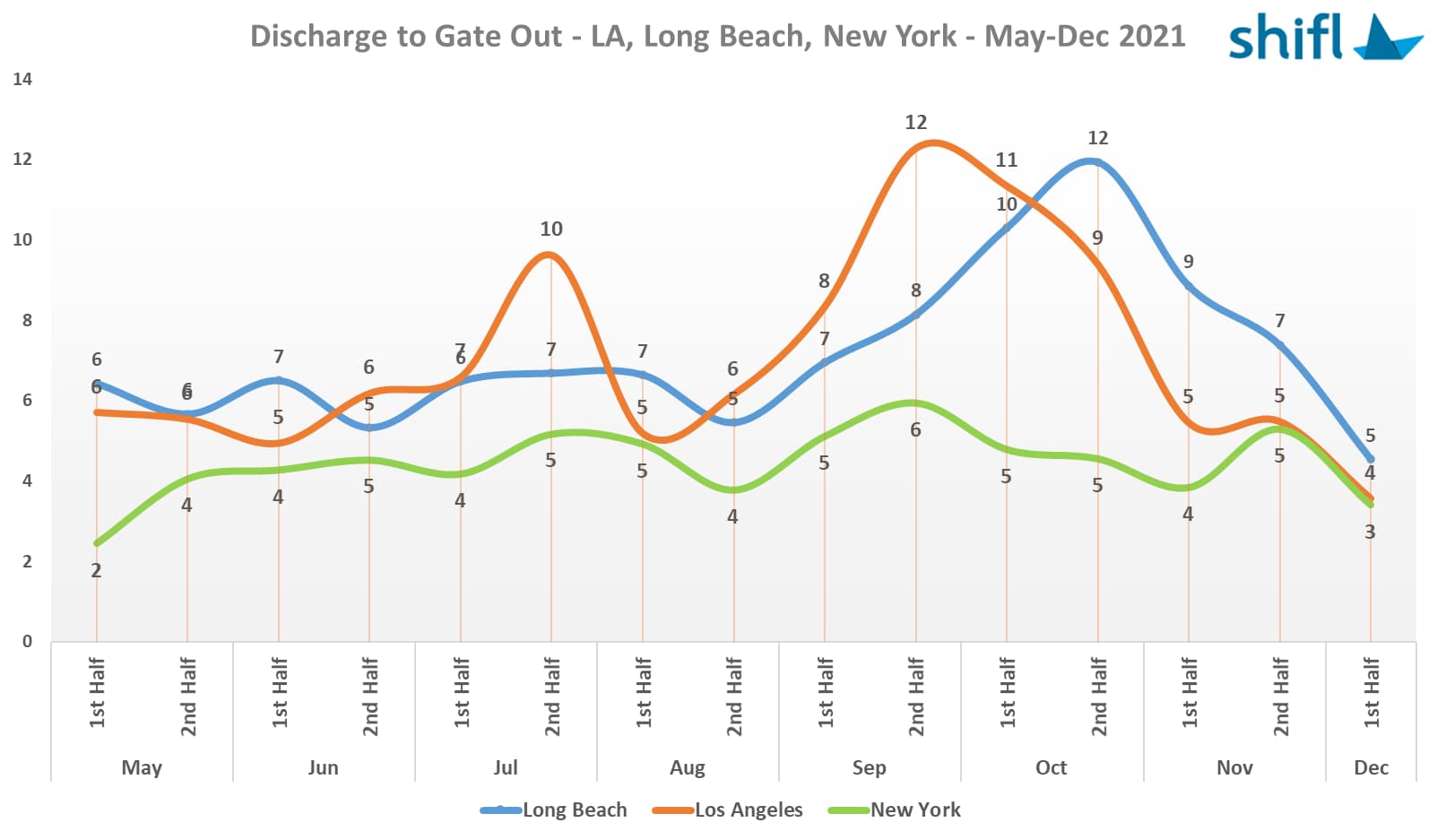 “The docks are increasingly no longer being used as warehousing space with the share of containers at the Port of Los Angeles that have been on the docks for 4 days or less rising from 38 percent to over 50 percent.” said the release, although the container dwell fees at the ports of LA and Long Beach have been repeatedly postponed.

In November 2021, a new system for queuing ships outside of the Ports of Los Angeles and Long Beach was developed by developed by PMA, PMSA and Marine Exchange to reduce congestion and the environmental impact of the ships on the communities living near the ports. Under this new system, ships remain 150 miles away from the California coast as they wait for a place to dock.

Commenting on this process, Secretary Buttigieg pointed out that “Fewer visible ships does not mean the backlog has been resolved“. Delays while ships are at anchor right outside the port or delayed en route are being tracked and this has shown that the number of ships ultimately waiting to dock continues to grow.

This obviously causes a delay in customers receiving their goods from the time it has been loaded at the Port of Load and this is visible in Shifl’s data on the sailing to discharge timeframe which shows that transit times have gone up steadily since the summer of ‘21, with transit times in December across the ports of Los Angeles and Long Beach recording 45 days. 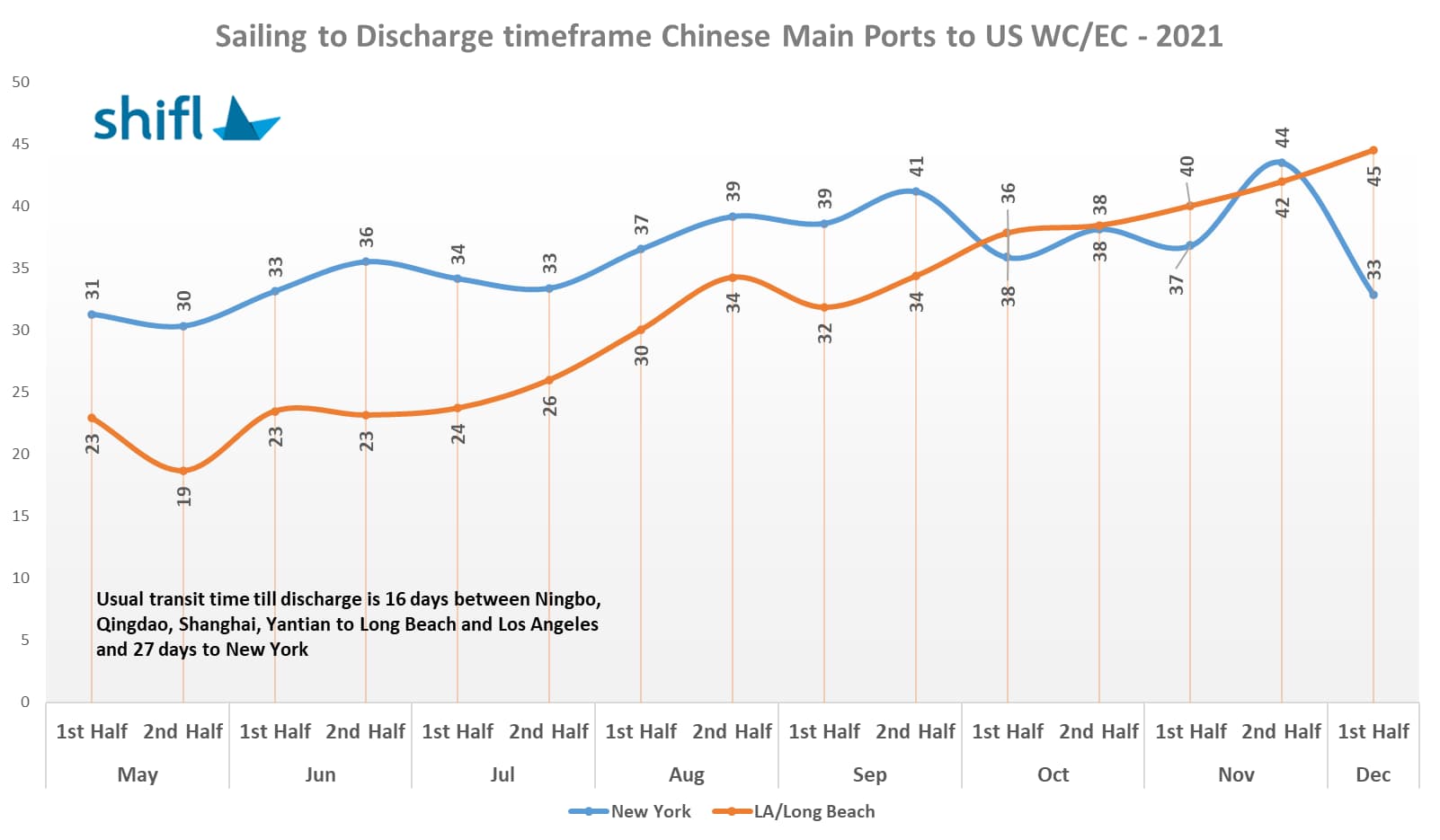 On average, transit times across the West Coast ports have risen by 96% since May ‘21. This is 181% higher than a pre-pandemic transit average that stands at 16 days between major Chinese ports like Qingdao, Ningbo, Shanghai, and Yantian to the ports of Los Angeles and Long Beach.

Comparatively, the port of New York has fared better in recent weeks, dropping its transit time from 44 days in the third week of November to 33 days by the second week of December.

“The amount of time it takes for a ship to dock after leaving a port in Asia has increased by about a week according to Shifl’s data, but this has been offset by the week-long reduction in the average number of days a container sits on the docks at the two ports. The end result is that the ports have managed to maintain the velocity of the goods movement system at the height of the shipping season despite an unprecedented demand for goods.” the White House report stated.

You can read the full briefing from the White House, here..