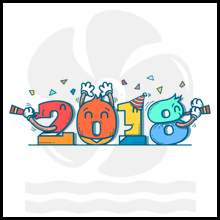 As each year passes by and paves the way for a new year, it does so with some changes and developments.. Some good, some bad, some foreseen, some unforeseen..

2017 also had its share of these changes and developments as we step into 2018..

Politically, global events of 2017 started off with Donald Trump’s unexpected (well at least the global population didn’t see this one coming) election as the President of the USA followed almost immediately by his threats of trade protectionism and his continued war of words with Kim Jong-un of North Korea which has raised the threat of a nuclear war affecting regional and global stability..

Up North, Theresa May called for early general elections in Britain, promptly won it and then reached a historic deal with the EU on the terms for Brexit in 2019 which could affect the maritime industry a great deal..

Still in the North, the leaders of the BRICS Northern bloc, like Narendra Modi of India, Vladimir Putin of Russia, Xi Jingping of China all consolidated their political positions within their countries whereas the leaders of its Southern bloc are not doing too well..

Jacob Zuma of South Africa is facing a possible impeachment and likely to be charged for corruption and racketeering whereas in Brazil, Dilma Rousseff was impeached (in 2016) and former President Luiz Inácio Lula da Silva was sentenced to almost 10 years for corruption and money laundering..

All of the above may have their share in shaping the future of the world..

On the trade side, the world seaborne trade and maritime transport services are heavily dependent on the performance of the world economy.. 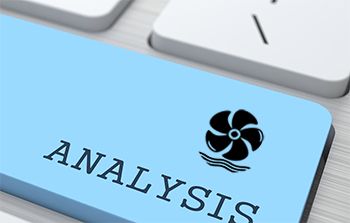 Global trade has seen a decline in the growth ratio of trade to gross domestic product (GDP) across many countries and economies..

Weakness in trade flows in 2017 affected developed and developing economies alike.. Yet, some differences in regional performance were observed with some economies performing better than others albeit by small margins..

A shift in the composition of global demand seems to have also contributed to moderating the GDP and trade link with Investment – the most trade-intensive component of global demand – weakening in recent years..

As far as the shipping and maritime industry is concerned, in my opinion, one of the most notable developments that happened in 2017 would definitely have to be the alignment, reconfiguration, mergers and acquisitions within the container shipping industry..

All 3 of the above alliances started operating from 1st of April 2017.. Will these alliances, mergers and acquisitions affect or influence 2018 negatively or positively..??

In Part 3 of the The Biggest Stories From the Global Shipping Industry in 2017, (which gives you a very good and practical overview of what happened in 2017 in the industry), Patrik Berglund, the CEO of Xeneta, the premium freight benchmarking and rate analysis service, is quoted as below

“Our customers are already contracting 2018 rates and populating data in our platform. Here we already see plenty of long-term contracts committed throughout the full year of 2018 at double the low point of 2016. If the market holds for the next couple of months or so, contract negotiations for 2018 will still come into play from quite a healthy market.”

On the trade side, as per UNCTAD, world seaborne trade volumes is set to expand at a compounded annual growth rate of 3.2% between 2017 and 2022..

Drewry Shipping Consultants have been quoted as saying that the container shipping industry is set to close 2017 with an operating profit of around $1.5 billion on the back of higher freight rates and rapidly growing cargo demand..

As per their analysis, 2018 will be a testing year for carriers due to freight rates coming off a low base in 2017, slower growth in demand and an influx of almost 1.3 million TEU capacity expected to be available for loading..

But there is hope in the fact that the carriers in the above mentioned alliances have become skilled in the art of capacity management and the reduction in the number of competitors due to the M&As in the industry may assist..

2017 seems to have further reinforced the role of digitalisation in the shipping and freight industry with the focus squarely on digital freight forwarders, online market places, big data, IoT and such..

This key aspect formed a major highlight of TOC Events Worldwide’s inaugural conference in Africa – TOC Africa (#TOCAfrica).. I had the privilege of presenting a session on Skills and Talent Development in African Ports at this conference..

Skills development is becoming a major issue within the shipping, freight and maritime industry, one that needs to be addressed sooner than later.. 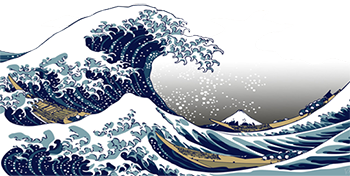 Phew, personally I don’t recall any year like 2017 where the shipping industry has gone through so much..

The waves created by the above developments are yet to be felt fully and whether these waves will come crashing down on 2018 or will ease in smoothly remains to be seen..

How was 2017 for Shipping and Freight Resource..??

2017 was seemingly a good year with 956,556 visitors gracing my blog, reading my articles, accounting for more than 1.5 million page views and sharing 1,172 comments on the articles posted in 2017..

August 2nd 2017 was the busiest day for the blog with 8,411 unique visitors visiting the site, maybe to find out whether it was really the beginning of the end for the freight forwarder..

In 2017, I managed to churn out 51 articles which included the 500th article since I started writing this blog, thanks to your unwavering and amazing support.. 🙂

So, what will be new in 2018 for Shipping and Freight Resource 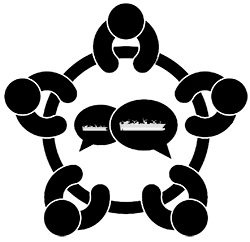 1) Well, questions submitted on the blog (using the questions form) increased quite a bit in 2017, so much so, I was afraid that I may lose track of some of the questions and fail to answer them..

In order to have a proper structure on the questions and answers, I have created a DISCUSSION BOARD..  Once you register to participate in this discussion board, you can post your own shipping and freight questions and get a response from myself/any of the other readers, or you can respond to questions and topics posted by other readers..

In order to post a new topic or respond to a topic you would need to Register or Log In (don’t worry, this discussion board is also totally free)..

2) I plan on sharing more information relating to the shipping and freight market and the happenings in the industry..

Wish all of you the very best of health, wealth, knowledge and prosperity in the New Year and may all your dreams and aspirations come true.. 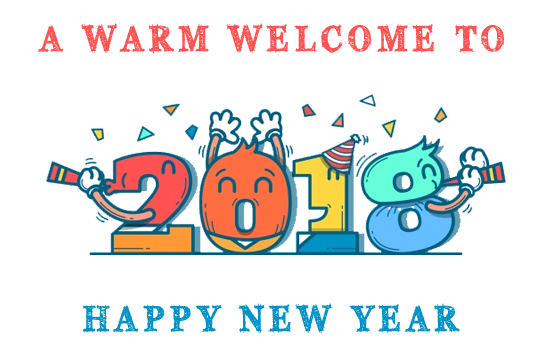