Inspired by Georgia, (one of the readers of this blog), in this article I take you back to the REAL basics – the connection between Shipping and Physics..

I wrote earlier that the big floating thing that carries our cargo from point A to B is referred to, as a SHIP or a VESSEL and outlined the difference between these two..

Like me, I am sure many of you would have (and if you are in the shipping industry you SHOULD have) thought about how this massive thing that can carry 18,000 + TEUs float so solidly in the water whereas if you throw a small pebble in the water, it sinks so easily..

Well, I have 3 words for you – DISPLACEMENT, BUOYANCY, DENSITY.. 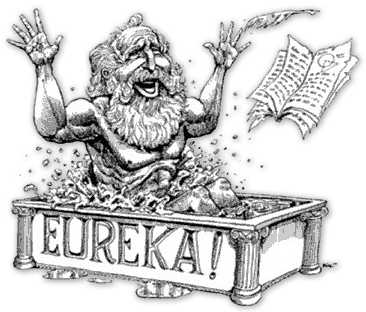 The man credited with discovering the physical law of buoyancy is Archimedes..

Science Niblets explains below how the principle named after him (Archimedes Principle) works :

“The reason that a ship floats is that it displaces a lot of water. The displaced water wants to return to it’s original location, where the ship is now, and this pushes the ship upwards. The force which pushes the ship up is called the buoyancy force.

It appears due to the Archimedes’ principle: “Any object, wholly or partially immersed in a fluid, is buoyed up by a force equal to the weight of the fluid displaced by the object.”

I also found a very interesting infographic from Bolsover Cruise Club which explains quite visually how these 3 words interact to keep a ship afloat..

Thanks to Georgia for forwarding below links to me..

In their article “Why steel giants are able to float”, Hapag Lloyd provides some new angles to the discussion like the difference in density between salt water and fresh water.. You can read it here..

If you have any educational infographics, videos, images etc that you would like to post, please let me know..

17 thoughts on “The connection between Shipping and Physics”