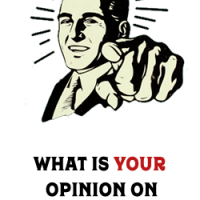 Hello all, I have received below question from a reader relating to a bulk wheat shipment.. I would like your opinion on the same..

LIVERPOOL BULK issued WHEAT TRADER with a number of bills of lading.

The Bill of Lading stated, amongst other things: “Shipped aboard the “Liverpool Lady” in Thunder Bay on the 1 st August 2017 in apparent good order and condition 60,000 tonnes of wheat grain. To be delivered to WHEAT TRADER or their order in Nantes, France.”

The bill of lading is subject to English law and jurisdiction.

When the “Liverpool Lady” arrives in Nantes on the 14th August it is discovered that the wheat is contaminated by chemicals that had been used by LIVERPOOL BULK to clean out the ship’s holds before loading the wheat.

The wheat is now valueless. do monsieur have a claim, whom should MONSIEUR TRADER claim against, what laws apply to the claim and any defences that the defendant may rely on to defeat or limit any claim?

28 thoughts on “Question about a bulk wheat shipment”