Difference between Ocean, Sea Waybill and Memo Bill of Lading

Are there any differences between these types of bills of lading..?? 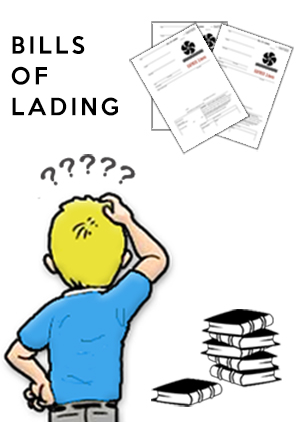 A Bill of Lading has 3 basic purposes or roles

There are also different types of bill of lading all of which perform 1 or 2 or 3 of the above roles..

Ocean Bill of Lading : is a bill of lading issued by the shipping line/carrier to their customer after the payment of all charges and submission of all customs/port documents relevant to that country..

An Ocean Bill of Lading is a Negotiable document which serves also as an Evidence of Contract of Carriage, Receipt of Goods and Document of Title..

Using an Ocean Bill of Lading, shipper has the option to consign the shipment to either

This bill of lading when  consigned to either of the last three mentioned parties, allows the goods to be endorsed to another party in case the original buyer decides to resell the cargo..

If it is a Straight Bill of Lading, cargo can be delivered to the nominated consignee but ONLY after the bill of lading is presented to the discharge port agents..

Sea Waybill of Lading : is a bill of lading issued by the shipping line to their customer after the payment of all charges and submission of all customs/port documents relevant to that country..

A Sea Waybill of Lading is NOT a Negotiable document as there is NO ORIGINAL ISSUED.. It is also NOT a Document of Title..

A Sea Waybill of Lading serves as an Evidence of Contract of Carriage and Receipt of Goods.. This document is more relevant for non-commercial transactions, inter company sale or where there is no involvement of any documentary credits..

A Consignee thus properly identified, is not required to present any transport document at the port of discharge..

A Sea Waybill of Lading is usually issued :

When the cargo covered under a Sea Waybill is released, the release maybe termed as Express Release..

Memo Bill of Lading : Short for Memorandum bill of lading, it is basically a non-negotiable, non-transferable, unfreighted bill of lading that is only used as a receipt of goods and DOES NOT classify as a Document of Title..

Electronic Bill of Lading – Are you and your country ready for it..?? Part 3