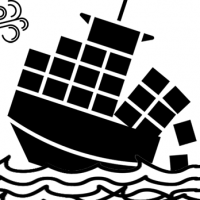 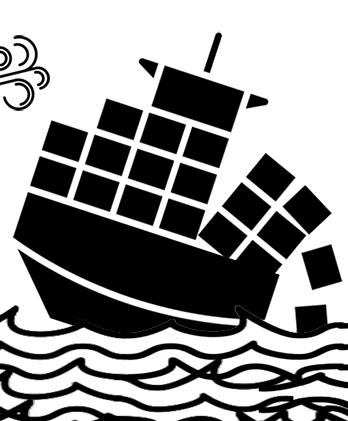 Close on the heels of the APL England which lost containers at sea recently in Australia, another container ship is reported to have lost 23 containers at sea due to extremely bad weather, this time in Algoa Bay in South Africa..

According to the South African Maritime Safety Authority (SAMSA), the containers were onboard the MSC Palak, a 2016 built Portugal flagged container vessel with a TEU capacity of approximately 9411 containers..

SAMSA has attributed this incident to a severe storm which passed the South African Coast on the 13th and 14th of July creating swells of around 3.5m causing severe weather conditions in Algoa Bay..

Although they have not named the ship, in a statement, Transnet Port Terminals which operates the Port of Ngqura, said

“Please be advised that one of the vessels calling at the port lost containers overboard due to adverse weather conditions. In the interest of ensuring the safety of navigation of vessels within port limits, a decision was taken to close the port for any further shipping movements.

To mitigate the risk of ongoing business disruption, the port has activated its Business Continuity Plans with the view to restoring operations as soon as possible. An aerial survey was undertaken today to locate the lost containers.

Further scanning of the entrance channel and anchorage areas will be undertaken over the next three days to ensure that all is safe for shipping.

Until this is completed, all shipping movements in and around the port have been suspended until further notice.”

Reports of containers drifting 7 nautical miles south of where the containers were lost have been coming in..

The Port of Ngqura has been closed for vessel traffic due to the risk that some containers may have sunk in the approach channel, which would be dangerous for navigation..

The ship is said to have been moved out of the port due to the storm and was at anchorage when the incident occured.. The ship has since come alongside at the Port of Ngqura for further assessment and investigation on any repairs..

There have been several cases of containers being lost at sea around the world recently due to weather patterns and also other issues..