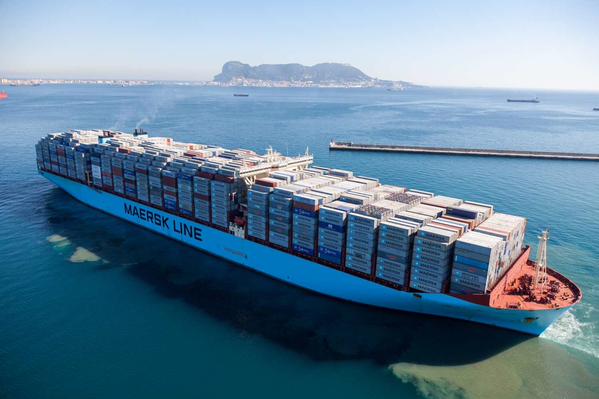 I generally don’t post news items on this blog, but I thought this one would be of some relevance and consequence to the newcomers to the industry to hold in awe and wonder.. 🙂

The Maersk Mc-Kinney Moller, the first of the Triple E Series and also the first of the 18,000 TEU ships in the world, left Algeciras on the 26th of January 2915 with the world record load of 18,168 TEUs en route to Tanjung Pelepas, Malaysia..

To put it in perspective, a TEU (Twenty Equivalent Unit) is 6 meters long which means if you place these 18,168 TEUs end to end, it will stretch to 109 kilometers long..

Now that’s something to think about..