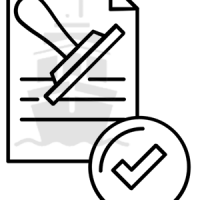 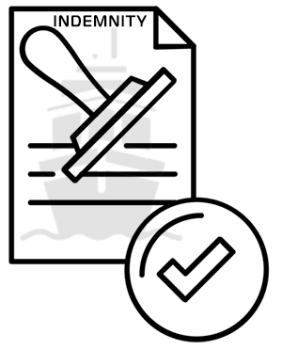 Many of you might have heard the term Letter of Indemnity (LOI) in day to day shipping practice..

There have been several arguments, discussions, commercial threats, litigation etc surrounding this LOI..

But many still have doubts on what an LOI is, when it can and should be used, whether it is legally enforceable and whether it is worth the paper it is written on..

I will try to answer these questions in this article..

Indemnity may be described as “security or protection against a loss or other financial burden” or “security against or exemption from legal liability for one’s actions”..

A Letter of Indemnity (LOI) is a document given by the party requesting some special service/requirement that deviates from a normal or regulated practice, to the party that would be providing said service or requirement..

This letter assigns the recipient of the LOI the right to recover liabilities, losses, and costs arising from the provision of the specific service/requirement from the issuer of the LOI..

Popular scenarios where LOIs are used are as below :

Is an LOI Legal and enforceable..??

As we discussed previously, carrier liabilities are normally covered by P&I clubs..

In each of the cases where an LOI is requested, the carrier will consider it on the basis of a commercial necessity and usually involves the carrier them taking on some non-contractual risk..

The practice of actioning requests based on LOIs are viewed by most P&I clubs as a form of documentary fraud constituting a fundamental breach of P&I Club cover..

Based on the practice of carriers considering the practice of LOI as a commercial necessity, P&I clubs may continue to indemnify the Assured in accordance with the Club’s Terms and Conditions..

You may have heard the phrase “An LOI is not worth the paper it is printed on”.. While an LOI may be issued for several cases, it may be legally enforceable only when it is issued for actions that are not illegal or prohibited by law..

For example if a customer requests an LOI for the issuance “Clean Bills of Lading” and the carrier accepts the LOI despite knowing that there was damage to the cargo in the case of break bulk shipments where cargo is physically visible or without the ability to verify the condition of cargo in containerised cargoes, it may be considered as misrepresentation and fraud which could render the LOI unenforceable if it goes to court..

Precautions to be taken by the carrier

It must be understood by the trade that the carrier accepting an LOI for the various reasons mentioned above, does so while bearing two types of risks..

This risk is also important because the LOI is only as good as the entity signing it and in cases where claims happen a few years down the line, there is no guarantee that the issuer will still be in business at that time..

The carrier therefore must review very closely whether they need to take these risks and whether that commercial necessity/venture is worth their while..

P&I Clubs recommend that their members obtain an LOI that is counter-signed by a first class bank because however “watertight” the wording on the LOI may be, if the financial status of the entity requesting the service and signing the LOI is not very strong, there would be issues with enforcing the LOI..

The clubs also recommend that whenever a claimant requests any security, the member should in turn make their own demand for security before any security is provided to the claimant..

What should an LOI cover

In a situation where an LOI is offered in exchange for a specific request, the carrier is the entity bearing the risk and therefore they would look for maximum protection from liabilities under the LOI..

Naturally it is expected that the entity issuing the LOI and the bank countersigning it, will indemnify the carrier against any and all losses or consequences arising against the carrier due to them acceding to the specific request of the issuer.. Say if the carrier is asked to deliver goods without production of the original bill of lading..

Some cargoes may be traded multiple times while the cargo is on board at sea (High Seas Sales) before it reaches the ultimate buyer and in such cases there are additional complications and risk as the LOI issued by one party is assumed to cover all the parties in the chain till final release..

As there are several reasons why an LOI may be offered or requested, the carrier must ensure that the LOI that they receive has a wide scope of coverage with enough weight to cover any liabilities, costs, consequences, damages or losses they might face as a result of them agreeing to the customer’s requirements..

In the formats recommended by the IG P&I, there is no limitation on the amount of indemnity or cost as it would not be in the best interest of the carrier to accept an LOI with a limitation..

Similarly the LOI should not also be limited by time like in the case of bills of lading contracted under Hague Visby Rules, as per which, any cargo claim becomes time-barred after 12 months..

The LOI should not have a time limit because in some cases, the carrier might get the notice of a claim only after the 12 months has passed..

While an LOI normally should include

customers might choose to provide their own formats which may not be adequate to protect the carrier..

Parties in an LOI

Although technically the business of trade could be a two party business (seller and buyer), when it comes to shipping, there are several parties who are involved in successfully carrying out the movement of the business from A to B..

So in the case of LOI, there may be multiple parties involved

As you can see, the whole process of issuing/receiving a Letter of Indemnity and the various factors to be considered is quite complex and needs to be handled carefully..

There are implications to the P&I cover of the carrier whenever a member carrier agrees to any request from a customer that is outside of the normal practice.. However, due to commercial necessities, there may be cases where an LOI is offered and accepted..

So if you have to accept an LOI owing to commercial pressures, you should always check what specific/special requests are being asked and its implications if you do accept the LOI..

Nothing beats consulting with your P&I club if you are unsure of an LOI request received and how to handle it..

6 thoughts on “Letter of Indemnity – Dos and Don’ts”