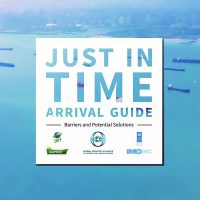 No, this article is not about the well-known concept of Just In Time in manufacturing..

But for interest, Toyota Motors created the Just In Time principle for their manufacturing plants based on which, they produce “only what is needed, when it is needed, and in the amount needed” eliminating waste, inconsistencies which results in improved productivity..

This JIT concept has been widely accepted and used by many other industries and has become synonymous with many supply chain processes of automotive, retail and fashion industries..

While not exactly the same, it seems this could also be applied in the maritime field especially in terms of the arrival of ships..

The International Maritime Organization (IMO) which is the regulatory authority for international shipping, has been working to reduce the harmful impacts of shipping on the environment since the 1960s..

In April 2018, member states of the IMO adopted an initial strategy setting out a vision (with follow up action by 2023) to reduce GHG emissions from international shipping as soon as possible within this century..

This strategy identified various levels of ambition allowing time for the international shipping sector to adopt required technological innovation and also for the global introduction of alternative fuels and/or energy sources as these are integral to achieve the objective..

The various levels of ambition were

As part of IMO’s efforts to also reduce air pollution from shipping, on January 1st 2020 IMO’s MARPOL Annex VI (colloquially known as IMO2020) regulated to lower the current global limit of sulphur content in marine fuels from 3.50% to 0.50% was implemented..

An open letter to the IMO Member States by NGOs stated that after the 2008 economic crash, reduction in the global fleet’s operational speed led to dramatic reductions in GHG emissions which then demonstrated the effectiveness of this method in helping to achieve emission reduction targets..

But studies have shown that ships are speeding up again as global demand recovers and if this trend continues, any GHG gains from slow steaming achieved over the recent years will disappear.. 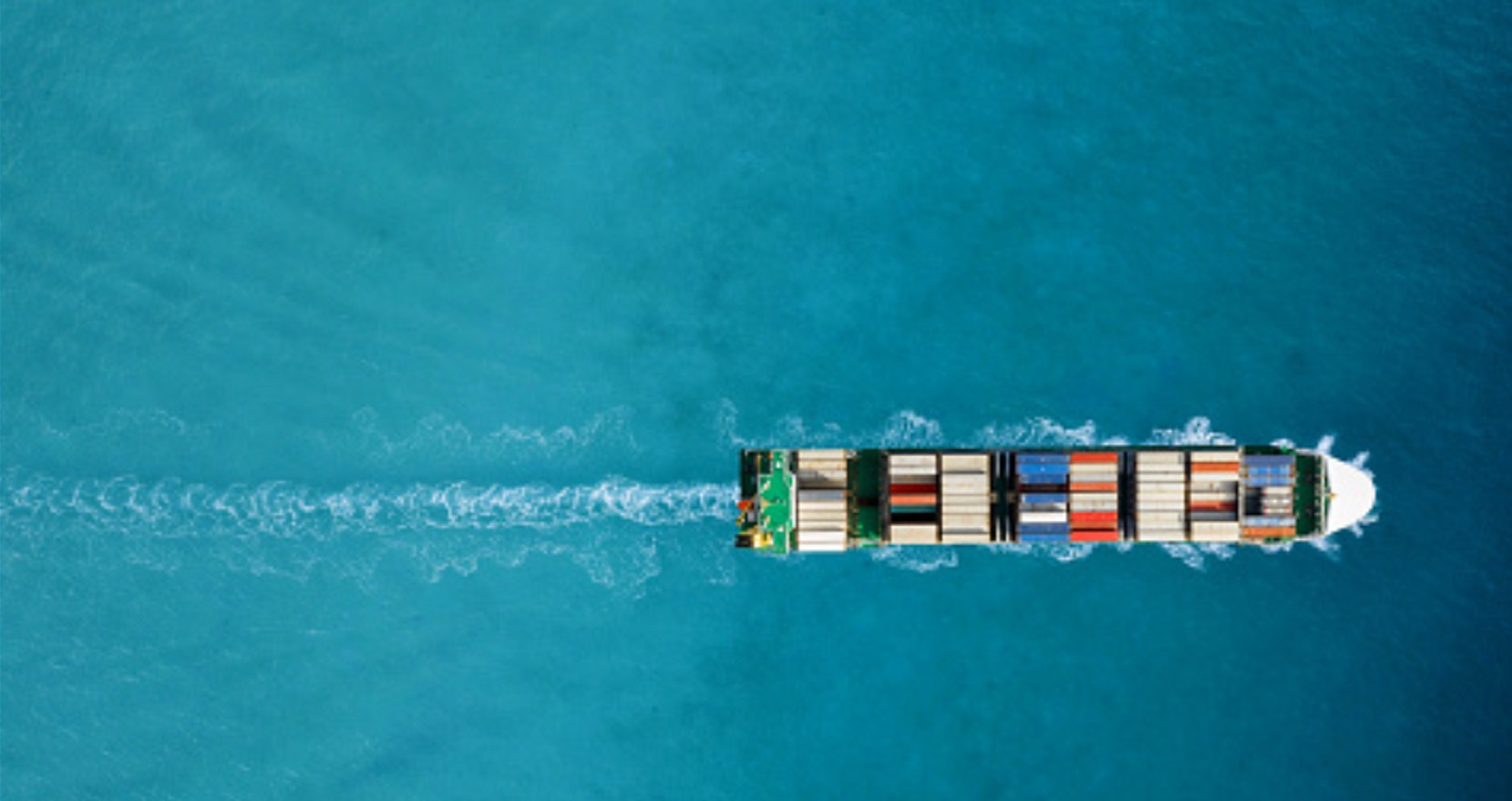 The signatories to this letter unite in stressing the urgent need for shipping to make its appropriate contribution to addressing climate change.

As the initial step, we express our strong support for the IMO implementing mandatory regulation of global ship speeds differentiated across ship type and size categories.

Our preference would be to set maximum annual average speeds for container ships, and maximum absolute speeds for the remaining ship types, which take account of minimum speed requirements.

Such regulation should be implemented as soon as possible and the obligation for compliance should be placed both on shipowners and operators, including charterers.

and called on all parties at the forthcoming MEPC74 to support this move..

Although no agreement was reached at the MEPC74, during discussions many comments relating to the regulation of ship speeds were made, prominent among which was this below comment

proposals for mandatory reduction in ship speed were dubious as the claim that speed reduction would reduce GHG emissions had not be demonstrated, and could not be applied to all ships including those carrying seasonal cargoes or those required to have a cruising speed; a uniform coefficient of energy efficiency could not be applied to all categories of ships and would depend on the operational regime; mandatory application of EEDI to existing ships would lead to significant costs for the shipowner to calculate and it should be the shipowners who decided independently for each ship what measures to take;

In a press statement, the IMO revealed further details relating to the Just In Time Arrival Guide as below.. 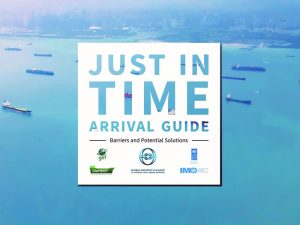 The Guide has been developed by the Global Industry Alliance to support low carbon shipping (Low Carbon GIA), based on research and discussion amongst its membership, and the Guide documents the findings of a series of industry roundtables which brought together nearly 50 companies and organizations who are key stakeholders in the port call process.

Widely recognized as a means of increasing port efficiency and port call optimization, the successful implementation of JIT Arrivals can have a significant environmental impact through reduced GHG emissions from optimizing the ships speed to arrive just in time.

The concept is based on the ship maintaining an optimal operating speed, to arrive at the Pilot Boarding Place when the availability is assured of: 1. berth; 2. fairway; and 3. nautical services (pilots, tugs, linesmen).

JIT Arrivals also contributes to reduced time at anchorage and therefore reduced congestion in the port area. It is estimated that ships spend up to 9% of their time waiting at anchorage, which could be reduced through the implementation of JIT Arrivals.

The Guide provides a holistic approach to Just In Time Arrivals, considering contractual aspects to its implementation as well as operational. The Guide is envisaged as a useful toolkit for many stakeholders including shipowners, ship operators, charterers, ship agents, shipbrokers, port authorities, terminals, nautical and vessel service providers.

All these actors ultimately play a key role in implementing the necessary changes and facilitating the exchange of communication required to realize JIT Arrivals.

The Guide provides guidance for all shipping segments. However, it suggests that JIT Arrivals could be implemented for the container segment first, as there are fewer contractual barriers and containerships often run on more predictable schedules with shorter port to port distances.

The Guide then provides next steps on how efforts can be scaled-up, replicated and adapted, with a view to implementing JIT Arrivals across other sectors.

The Guide considers in detail the port call business process, and how the exchange of key information and data that is required for JIT Arrivals can be improved.

It highlights the need for harmonized standards, acceptable to the IMO, and their implementation by all stakeholders involved in the port call process.

The work is aligned with recent developments achieved by IMO’s Expert Group of Data Harmonization (EGDH), which agreed to include new operational data elements in the IMO Reference Data Model which relate to the concept of Just In Time Arrival.

The additional dataset is expected to be approved by IMO’s Facilitation Committee. This is seen as an important step towards facilitating the implementation of the JIT concept and will allow for digital exchange of data between the port and ship.

Such exchange is in line with resolution MEPC.323(74), which invites Member States to encourage cooperation between the shipping and port sectors to contribute to reducing GHG emissions.

The Low Carbon GIA is a public–private partnership with the aim to identify and develop innovative solutions to address common barriers to the uptake and implementation of energy efficiency technologies and operational measures.