In what is seen as a landmark moment in the history of shipping in India in recent times, PepsiCo will move 16 containers filled with food and snacks on a vessel, the MV RN Tagore (for Rabindranath Tagore) from Kolkata to Varanasi on river Ganga using the National Waterway-1..

“It will be country’s first container movement on Inland Vessel post-independence scheduled on Tuesday,” the shipping ministry said in a statement..

The 16 containers are expected to reach Varanasi in 9-10 days.. This waterway mode of transportation is considered both cost effective and environment friendly in a country that is plagued by pollution..

The ship is expected to return with fertilizers belonging to IFFCO from its Phulpur plant near Prayagraj (Allahabad)..

“This will go down as a milestone moment in the history of India’s Inland Waterway Transport sector. It will prove to be another testament for waterways being the preferred transport modal choice among cargo owners owing to its cost effectiveness and environment friendliness,” a statement from Inland Waterways Authority of India under the Ministry of Shipping said.. 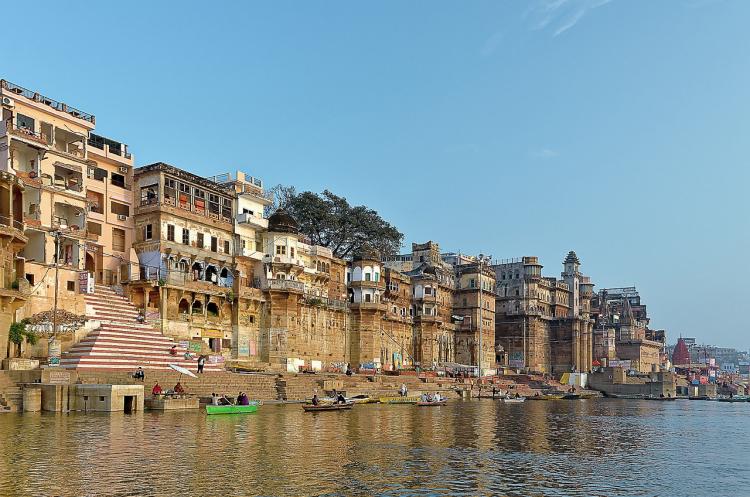 The government of India developed the NW-1 (Ganga) under the Jal Marg Vikas Project (JMVP) from Haldia to Varanasi (1,390 km) with the technical and financial assistance of the World Bank at an estimated cost of Rs 53.69 billion (approx 729 million USD)..

This initiative is expected to enable commercial navigation of vessels with capacity of between 1,500-2,000 DWT.. The Government of India estimates this National Waterway 1 on river Ganga to see 21.89 million tonnes (MT) of cargo traffic moving through it in the next two to three years..

Secretary of Shipping in the Government, Gopal Krishna along with the Chairman of IWAI Pravir Pandey and other senior Government officials are expected to flag off the vessel carrying the consignment in the presence of PepsiCo representatives..

As per news items, while these pilot movements on National Waterways are being done on various stretches, more than 15 of them have already been successfully completed, including integrated movements through NW-1 (Ganga), Indo-Bangladesh Protocol Route and NW-2 (Brahmaputra)..

Shipping Minister Nitin Gadkari had noted that his ministry was working on a plan to convert more than 100 rivers into national waterways..