What is GRI (General Rate Increase) in shipping and what is its implication..?? 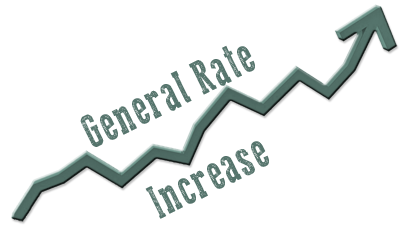 In the world of shipping, there are many many jargons, but there is one term that that revs up exporters and importers alike and that is GRI.. More so currently in 2020..

GRI stands for General Rate Increase and has several implications in the trade and can impact quite heavily on business..

GRI is basically an adjustment of freight rates across all or specific trade routes during a specific time frame..

This is applied by shipping lines according to their requirement and the quantum of the rate increase is decided by them, generally based on the supply and demand on that route..

Example of a GRI announcement may be as below..

In a continued effort to provide you with best in class service and extensive port coverage in the region, XYZ Line is now announcing a General Rate Increase as follows:

Thus all cargo gated in from the 1st of September will have the GRI applicable.

This increase is necessary to continue providing a first class service in this trade, in an environment where the operating costs remain on the rise and current rates are below sustainable levels.

What is the implication of GRI on trade..?? 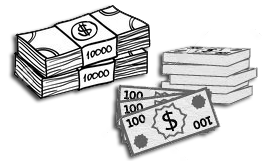 The implication to the buyer or seller would be that they might need to adjust the pricing of their products to accommodate this increase in freight cost.. Therefore such announcements are vital for sellers and buyers..

Well, it is simply a question of supply and demand and also economic viability.. Like any industry and business, shipping lines have to take advantage of the market when there is demand.. In general, the container freight market is quite volatile (some trade lanes more than others) due to competition, leading to over tonnage and capacity and a general drop in rates..

So when there is are certain seasons in which the carriers can manage to secure a higher rate, they will try it.. Because this rate cannot be sustaniable across the year, they apply these increases as GRI for a certain period..

In certain countries like the USA however, GRI is regulated much like the freight rates and any GRI must be must be reported to the Federal Maritime Commission 30 days before they go into effect..

During this period, the carriers can adjust the GRI (downwards) from the announced figure or do away with it based on supply/demand..

Lines can leave the GRI as reported or reduce it, but they cannot increase prices over the initially-reported GRI quantum..

As the figures are notified in the market, there is usually a lot of negotiations and haggling between the lines and freight forwarders..

For a BCO, GRIs can be tricky because it can affect cargo already booked but yet to be loaded which means they have already costed the goods, but will end up paying more as their negotiations with their buyer is completed and fixed..

Currently there is a huge debate going on in the market on the application of GRI especially during the COVID-19 pandemic period..

This debate is on the back of unprecedented rate increases in almost all trade lanes with the China/East Asia to North America East Coast recording the highest increase in rates in recent history as tracked by Freightos..

Rates per TEU have reached levels of US$4700+ ranges on this route leading to scrutiny by government regulatory agencies in Beijing and Washington, who are calling for carriers to stop spot rate increases from China to the USA and also to reinstate suspended and blank sailings..

This unprecedented increase in spot rates is attributed to blank sailings due to COVID-19.. These increases have seen carriers posting their most profitable results since 2010 with around a total profit of $2.7 billion in the 2nd quarter of 2020..

Article updated from its original posting in 2013 after updates

How does demurrage, detention and port charges work..??