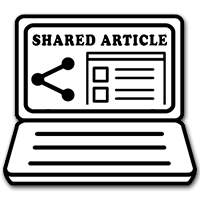 I have always said there is never a dull moment in the shipping and freight industry.. 🙂 There is always something new, interesting, controversial, educational happening..

Below is an article from The Wall Street Journal by Erica E. Phillips which talks about a new phenomenon related to containers called “Container Spotting”..

Very interesting to say the least..

INDIANAPOLIS—Charles Fox was walking between stacks of shipping containers this week in a storage yard near Interstate 465, when he spotted just what he hoped for—a unicorn.

Forty feet long and 9’6” high, sandwiched between two rust-colored boxes of the same dimensions, was a container with a logo for Gateway Management Services, a fleet taken over more than 10 years ago by Textainer Group. 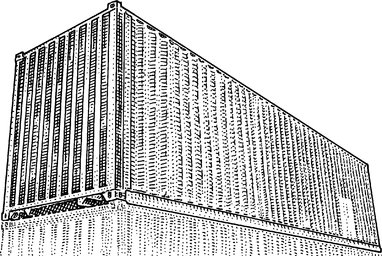 And it was blue.

“Nobody even knew these existed,” said Mr. Fox, 31. He had seen Gateway containers in gray, never blue. He took carefully composed photos to submit to a website that serves as an unofficial encyclopedia of shipping containers.

Containers may seem pretty uniform, riding trains and trucks or stacked near ports and warehouses.

People like Mr. Fox know better. A small group of connoisseurs has taken up “container spotting,” hanging around shipping yards to identify the globe-trotting metal boxes by color, size, vintage, origin country and other details.

Rare finds are what “makes it all worth it,” said Mr. Fox, an Indianapolis-based logistics-company salesman. “Blue Gateway container!”

A Sampling From ‘The Container Guide’

Finding an unusual box “is analogous to the satisfaction that bird watchers get from spotting a very rare breed of bird,” said Matt Hannes, who maintains the Intermodal Container Web Page, where he catalogs photos from container spotters around the world, including Mr. Fox.

Rare containers are often a product of the continuing consolidation in the global shipping industry. Names and logos disappear off the boxes as companies get bought or go bankrupt, but a few oldies manage to sneak by. Savvy spotters may get excited by an old Polish Ocean Lines logo or a rust-colored container labeled UES.

Other unusual containers include ones from the world’s smallest shipping companies. Spotters also prize first sightings of new logos, such as the bright blue boxes of the newly formed China Cosco Shipping, or the alligator logos on MOL containers.

For more-casual container watchers, there’s “The Container Guide,” a waterproof field guide that fits in the average pants pocket. Published by Craig Cannon and Tim Hwang, it tells the stories behind dozens of big shipping companies whose containers are commonly seen—Maersk, Hapag-Lloyd , Hanjin—though it doesn’t get into many rare containers. 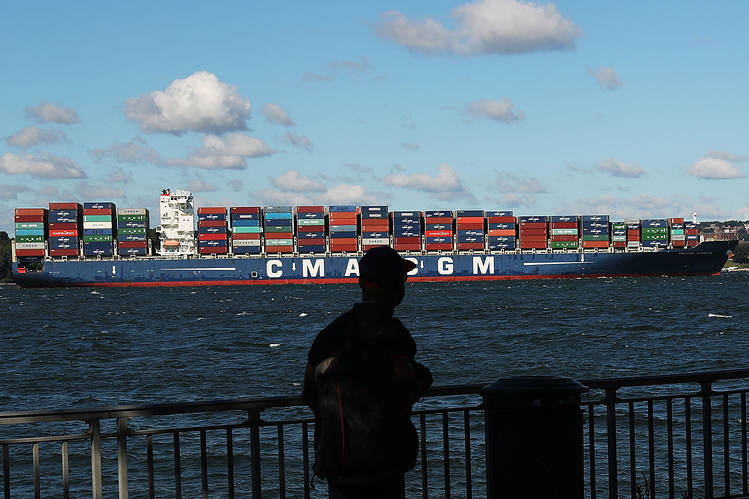 Mr. Hwang said the book appeals to “two types of infrastructure nerds.” For some it is visceral—they are awe-struck by the massive scale of seaports and container shipping. For others, it is scientific. “They get really into the data element of it—mapping and tracking containers in and out of Oakland port terminals, for example.”

To Joe Romano, the Container Guide is a way to make sense of the constant hum of activity at the Port of Tacoma, Wash., near his home. When he is out for a run or a bike ride and sees a container he isn’t familiar with, he goes home and gets out the guide to look it up.

“I’ve threatened friends with picnics on the waterfront where we take binoculars and spot containers,” said Mr. Romano, a 36-year-old school librarian, adding that he is “sort of a lone wolf” among his friends and family.

He has been keeping his eyes out for a refrigerated Maersk box, which he has never seen. “Maersk might not be the most boutique one to spot,” he said, “but it’s my favorite as a layperson in the world of container spotting.”

For many of the Container Guide’s readers, the HBO detective series “The Wire” raised the container’s profile when the show’s 2003 second season followed longshoremen. Containers, of both the 20-foot and 40-foot variety, have also become more visible in daily life as they are increasingly being repurposed in backyard storage, retail spaces and even housing.

At Fast Lane Transportation’s Southern California container-storage facility, President Patrick Wilson said he occasionally sees people taking photographs of his yard from the adjacent highway, which he has found odd.

“I never thought it might be somebody that’s just an enthusiast,” he said. Mr. Wilson conceded “it’s a little interesting” when he sees markings on a container he’s never spied before.

Mr. Fox, on a spotting trip this week in what he called “the industrial armpit of Indianapolis,” strolled through a yard of containers stacked up to four high. “They’re so mesmerizing, so beautiful, so strange,” he said, gazing up at a stack of forest green, teal, red, yellow and brown containers. 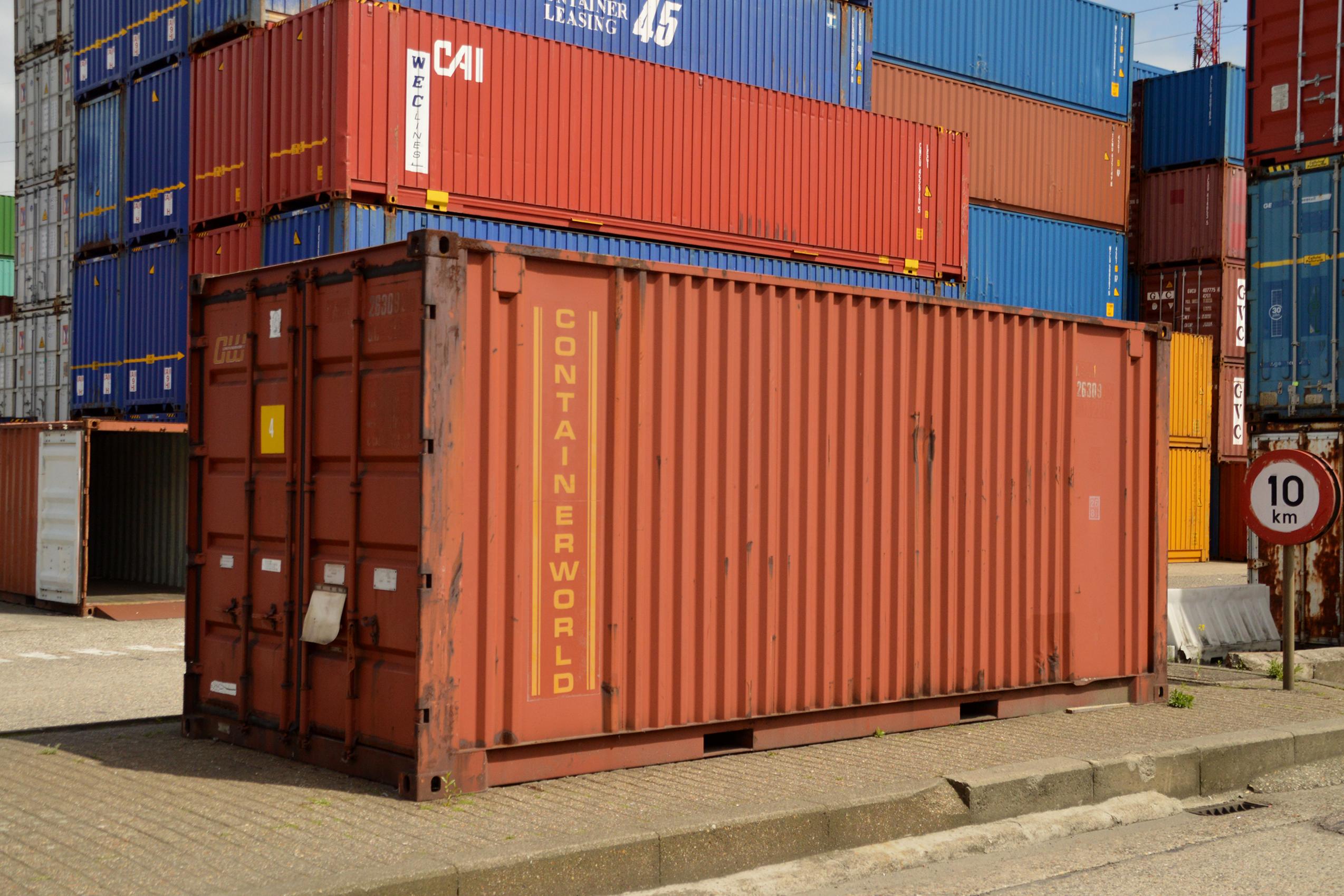 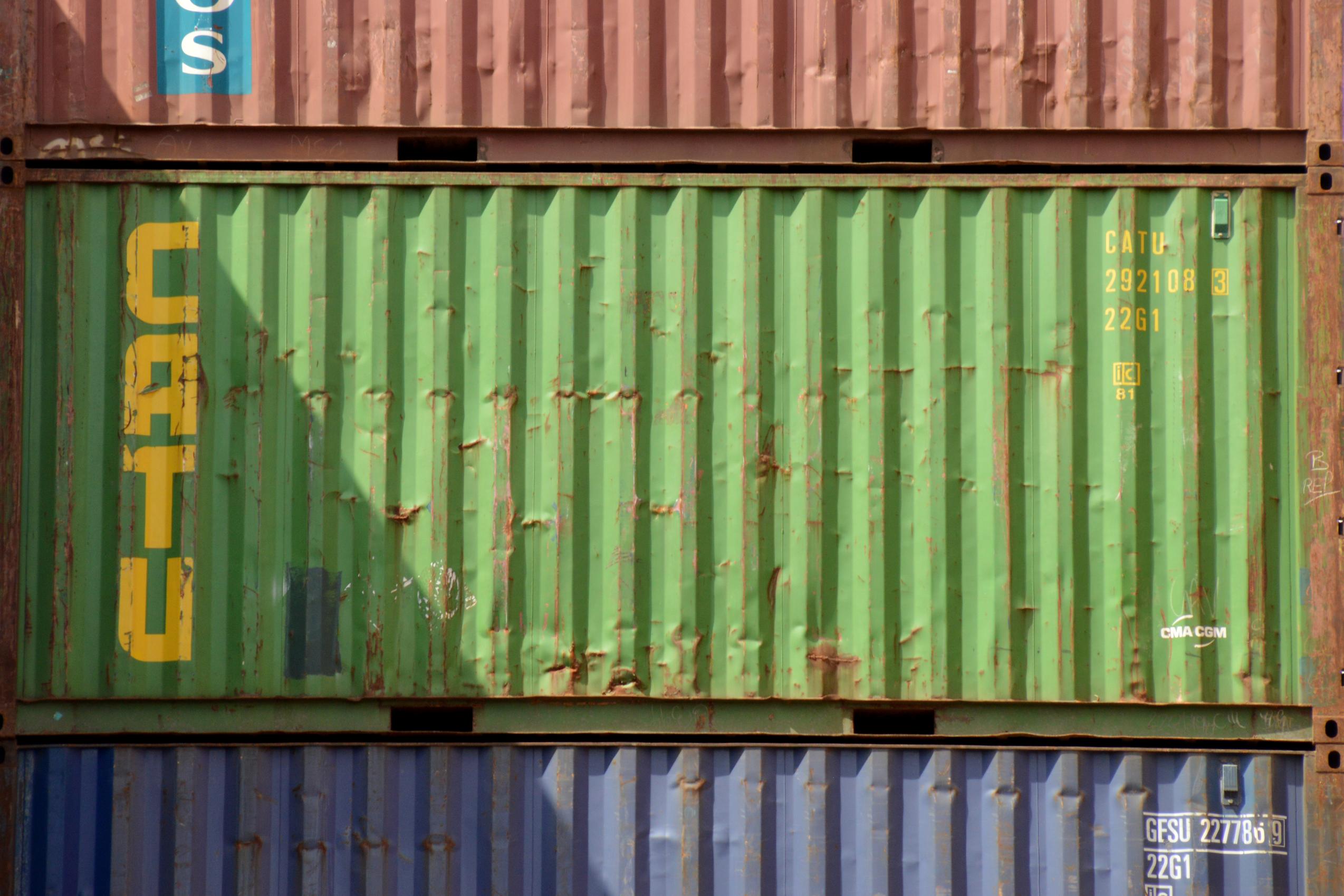 A Containerworld 20-footer Charles Fox spotted in Antwerp and the CATU that eluded him for years. PHOTOS: CHARLES FOX(2)

His rare finds that day, other than the blue Gateway, were a brand-new blue Cosco 20-footer and a Seaco refrigerated box with an HNA logo.

None of those matched his prize of a few years ago. “There was a Holy Grail for me,” he said, a container with the letters “CAST” in a checkbook bank-routing-code font, from an old Canadian shipping company. One day, a container-yard gatekeeper he had befriended called, telling him there were some CAST boxes on the lot headed for the scrapyard. 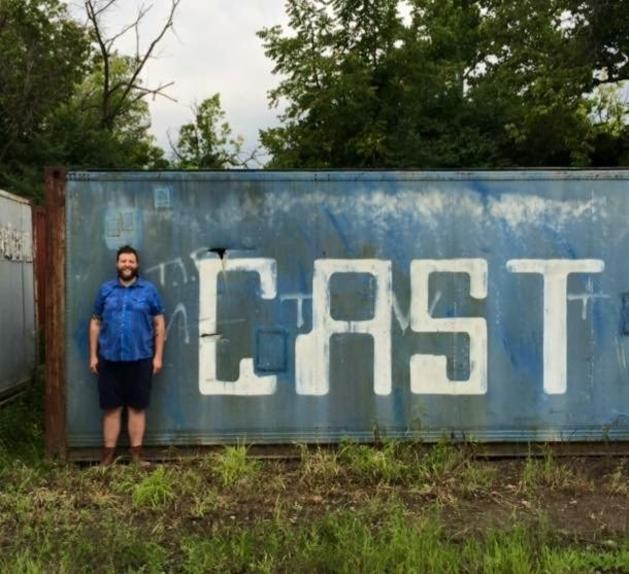 Mr. Fox rushed over to document them. “That was just the height for me. I mean, it was one of them.”

Mr. Fox’s wife, Kaylyn, said her husband’s container spotting wasn’t amusing on their honeymoon last year when the couple met up in Brussels with an avid enthusiast who runs a website where users can look up containers’ alphanumeric codes.

He drove the newlyweds to the ports of Antwerp and Rotterdam, where Mr. Fox spent two 12-hour days photographing a variety of boxes: A beat-up MOL open-top, a Containerworld 20-footer he calls “an incredible unicorn,” a CATU 20-footer that “had eluded me for years.”

“We ate at many Belgian truck stops,” Mrs. Fox recalls. “I got a little tired of shipping-container talk.”