FAK it.. A deep dive into FAK rates and how it works.. 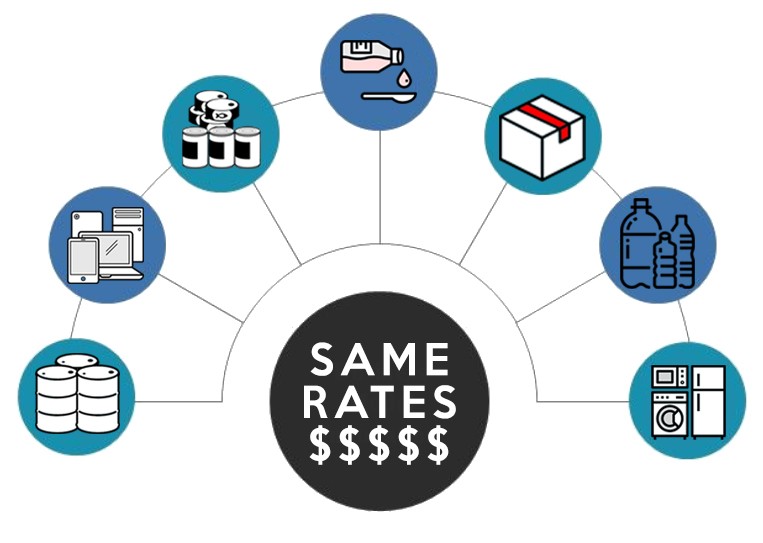 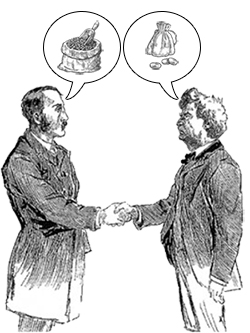 The process of global trade is simple to look at, especially if you look at it from the outside..

One such process in the movement of goods that influences product pricing is the process of freight negotiation and freight quotation..

As we have seen, a freight quotation is a document that outlines the charges involved in the movement of cargo from Point A to Point B..

The process of freight quotation comes in a few different flavours

Here we will discuss FAK Rates and how it works, but before that, here is a brief explanation of the ingredients of the above flavours..

Many multinational companies especially BCOs, who have large volumes moving across various trade lanes send out Request for Quotation (RFQ) through freight tenders which covers the freight rates for a set volume over a set period on multiple trade lanes..

An RFQ is a chance for the BCOs to competitively cost the services offered by the service providers..

Some shipping lines and BCOs may enter into a contract for the shipment of specified goods and volumes over a mutually agreed period of time..

This contract gives BCOs the option to have their freight rates fixed for that specified period of time which means they don’t need to worry about fluctuating freight rates which could impact their product pricing..

But a contract rate could come with a Minimum Quantity Commitment (MQC) which means that if the BCO doesn’t meet this MQC, they could end up paying penalities..

For the shipping lines, a contract guarantees the fixed utilisation of space for those volumes for that fixed period of time.. So the more contract rates they have, the better for them..

In both Tender and Contract, the BCO or shipping line could benefit or lose based on which way the freight market moves during that fixed period of time..

Each shipping line works with a set tariff of freight rates to move containers to Point A to Point B on various trade lanes..

Depending on the shipping line, trade, and country, these could also be known by many other names as MRG (Minimum Rate Guidelines), MMG (Minimum Market Guidelines), Tariff Rates etc..

If any new customer would call a shipping line, these are the rates that they would be quoted.. Open rates usually will have a long validity (at least 3 months) as these rates would generally be the highest rates which are sustainable for the shipping line..

There may be times when a shipping line is low on bookings on a specific vessel or during a specific period due to low demand..

Their ships may not be sailing with the optimal volumes.. In such cases, they may decide to offer “spot rates” in order to entice customers to ship with them..

Something like a “Sale”, but for B2B.. These spot rates usually will be for a specific voyage or a specific short time frame like a week or ten days..

Some customers who know how to plan their shipments, or are in the right place at the right time may benefit from these rates..

There are some BCOs who choose to let a freight forwarder handle all their freight negotiations under an open revenue arrangement with the forwarder..

So in the line’s system, it will show the cargo is booked by the forwarder on behalf of the “named account” and for those shipments, this named account rate will apply..

Remember that the freight forwarder may or may not declare the details of the actual shipper at all times (like when they issue their House Bill of Lading).. 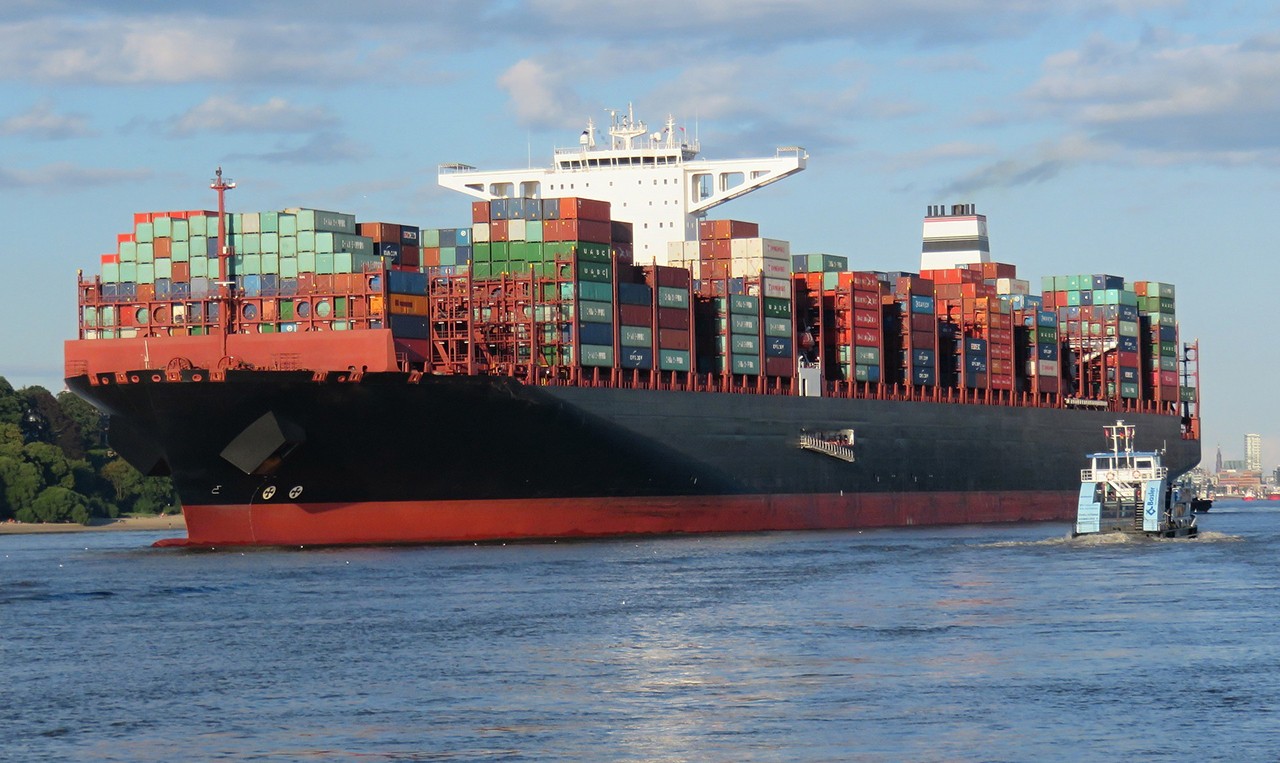 FAK Rate & How it works

Now to the subject of this article.. All the above rate types/negotiations are considered by many to be biased towards BCOs..

While logistics service providers like Freight Forwarders could also choose to use above, these rate types have been set to benefit BCOs more than the freight forwarders.. This is where FAK comes in..

FAK stands for Freight All Kinds which is a pricing model in which the freight rate charged is the same for all types of goods in a specific size/type of container (say 20′ GP) and does not depend on the cargo type inside the container..

FAK may be considered the antonym of commodity-based rates that was/is applicable in bulk, breakbulk, Groupage and trucking..

FAK rates are used mainly by NVOCCs or by Freight Forwarders as it is much easier for them to quote, ship, and invoice because they handle containers with various types of cargoes..

Imagine the administration work involved for both shipping line and forwarder if all the rates were based on commodity and each rate had to be filed individually..

Since the majority of the cargoes that the freight forwarder is handling may be general cargoes that do not require special handling, special containers, monitoring etc, FAK rate assists the forwarders and shipping lines in avoiding this additional administration burden..

Shipping lines usually apply FAK rates to all commodities without specific rate guidelines or requirements and also provide an exception list to which FAK cannot be applied.. FAK rates are not applied for cargoes such as below :

Freight Forwarders who ship a variety of cargoes can get FAK rates from shipping lines which they can apply for all their customers other than named account customers..

These rates, however, would have shorter validities or are susceptible to changes depending on the markets..

But many ask, why should shipping lines charge different freight rates for different commodities when they don’t handle the cargo inside the container and the handling costs are the same for all containers..??

Well, it is mainly related to the value of the goods in the container and the risk of loss, damage, theft etc that the shipping line has to consider while the container is in their possession.. The liability of the shipping line could increase based on the commodity that is carried and therefore they need to protect their interests and exposure in this regard..

Another point that influences the shipping line’s commodity-based rates is the WEIGHT of the cargo.. Most of the shipping lines currently are part of global alliances.. When working in an alliance, each line has its own allocation in terms of TEUs and Weight which is apportioned based on the total DWCC of the ship..

This allocation works on the basis of TEUs or Weight whichever is reached first which means that if lines are carrying heavy cargoes, they will always reach tonnage first before they reach TEUs thereby earning less..

So naturally, each line tries to optimise their liftings and try to strike a balance between TEU and Tonnage.. Therefore line’s may charge more for cargoes that are heavier than others..

Should all freight forwarders FAK it and is FAK rate a good option..??

We asked a few questions to 3 different freight forwarders in 3 different geographies and below is what they had to say..

As you can see, FAK rates are favoured by some and not favoured by others, it works for some businesses and doesn’t work for others.. Also as you have seen, there are several different rate negotiation options available..

But FAK could be a good solution for your company if:

How the Ocean Shipping Reform Act 2022 will address US supply chain disruptions – or not..