Electronic Bill of Lading – Are you and your country ready for it..?? Part 3 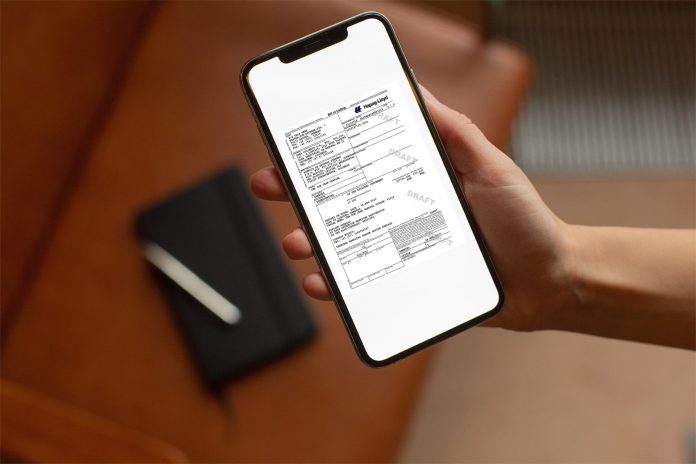 Some good seems to have come out of the COVID-19 pandemic after all.. Global trade has reached record levels, ocean carriers have gained record financial muscle and the world became aware of supply chain and its vulnerabilities..

COVID-19 really pushed the digital agenda in supply chain and one of the main challenges that people faced during COVID-19 lockdowns and continue to face in countries that still have COVID-19 lockdowns is the handling of Original Bills of Lading..

To jog your memory, a Bill of Lading is one of the most important commercial documents in supply chain fulfilling 3 functions when issued as an Original negotiable document

Traditionally (and even currently), the bill of lading, especially a negotiable one is issued as a physical paper document signed and stamped by the carrier, with a set number of originals..

This meant that the delivery of the cargo could not be effected to the receiver in time, which meant additional costs by way of demurrage and detention, storage, loss of production and even loss of business..

This has brought the discussions around Electronic Bills of Lading to the forefront more than ever..

Although CMI – The Comité Maritime International, a non-governmental organization established in Antwerp in 1897 with the objective of unification of maritime law adopted the Rules for Electronic Bills of Lading in 1990 to establish a mechanism for replacing the traditional negotiable paper bill of lading with an electronic equivalent, progress on that front has been exceptionally slow..

While there is a lot of talk about the need for electronic bills of lading and many believe that the electronic bill of lading will be a game-changer in the shipping industry with its faster, efficient transactions, reduction in costs with greater security and less risk, especially in times of unprecedented disruptions like COVID-19, adoption of the same has been slow..

The United Nations Commission on International Trade Law (UNCITRAL) which is the core legal body of the United Nations system in the field of international trade law created the Model Law on Electronic Transferable Records (MLETR) to enable the legal use of electronic transferable records such as bills of lading, bills of exchange, promissory notes and warehouse receipts that are functionally equivalent to transferable documents or instruments..

Since the adoption of MLETR on 13th July 2017, only 6 countries, have adopted this model as legislation and incorporated it into their country’s law..

The Kingdom of Bahrain was the first to adopt legislation based on or influenced by the MLETR in 2018.. The others adopted the legislation in 2021

As can be seen, many of the world’s leading trading countries have not adopted the MLETR.. The fact that the Model Law is an enabling instrument and does not deal with regulatory matters, which should be addressed by individual countries makes it difficult for its adoption..

Interoperability is another problem that is preventing large scale adoption as there are no standards yet in this area and the 3rd party services providers who provide the electronic bill of lading solutions have no common platform which can be used by customers as each of them use different platforms, formats and setups which hinders interoperability..

There has been, however, a lot of action in this area with DCSA publishing data and process standards for the submission of shipping instructions and issuance of the bill of lading.. Through this publication, DCSA aims to facilitate acceptance and adoption of an electronic bill of lading (eBL) by regulators, banks, and insurers and to unify communication between these organisations and customers, carriers, and all other stakeholders involved in a transaction.

Recently, ICC, DCSA, BIMCO, FIATA, and SWIFT came together to launch the Future International Trade Alliance and signed a memorandum of understanding to standardize digitalisation of international trade.. Together, the industry associations will collaborate on the development and adoption of relevant standards to facilitate the use of electronic bills of lading..