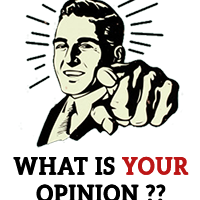 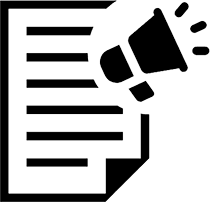 As at the time of writing of this article, 244 days is what is left before ships have to comply with #IMO2020 (I actually put up a countdown timer on my sidebar)..

IMO2020 has been covered in much detail across many articles on this blog, so I won’t repeat it, but here is a summary..

Currently, all modern commercial ships run on fossil fuels such as MGO (Marine gas oil), MDO (Marine diesel oil), IFO (Intermediate fuel oil) , MFO (Marine fuel oil), HFO (Heavy fuel oil) collectively known as bunker fuel all of which have a high content of sulphur which is quite harmful to the environment..

The International Maritime Organization (IMO), the regulatory authority for international shipping, has been working to reduce the harmful impacts of shipping on the environment..

At the 70th session of the Marine Environment Protection Committee (MEPC) meeting in London, a decision was taken that as from 1st January 2020 the current global limit for sulphur content of marine fuels should be reduced from 3.50% to 0.50%.. Hence the term IMO2020..

In April 2018, member states of the IMO adopted an initial strategy on the reduction of greenhouse gas emissions from ships, setting out a vision (with follow up action by 2023) to reduce GHG (Green House Gas) emissions from international shipping and phase them out, as soon as possible within this century..

This strategy identified various levels of ambition allowing time for the international shipping sector to adopt required technological innovation and also for the global introduction of alternative fuels and/or energy sources as these are integral to achieve the objective..

The various levels of ambition were

For the global shipping fleet to achieve immediate reductions by 2023, new operational measures will need to be implemented for both the existing fleet and new ships..

Since the April 2018 agreement, several emission reduction measures have been proposed including speed regulation for all ships..

An open letter to IMO Member States by NGOs states that after the 2008 economic crash, reduction in the global fleet’s operational speed led to dramatic reductions in GHG emissions.. This reduction demonstrated effectiveness of this method in helping to achieve emission reduction targets..

But as per recent studies, ships are speeding up again as global demand recovers and if this trend continues, any GHG gains from slow steaming achieved over the recent years will disappear..

The letter stated “The signatories to this letter unite in stressing the urgent need for shipping to make its appropriate contribution to addressing climate change.

As the initial step we express our strong support for the IMO implementing mandatory regulation of global ship speeds differentiated across ship type and size categories.

Our preference would be to set maximum annual average speeds for container ships, and maximum absolute speeds for the remaining ship types, which take account of minimum speed requirements.

Such a regulation should be implemented as soon as possible and the obligation for compliance should be placed both on shipowners and operators, including charterers.” and called on all parties at the forthcoming MEPC74 to support this move..

Slow steaming and its impact

2018 saw many of the container shipping lines opting for slow steaming mainly in view of the rising bunker prices.. While voluntary slow steaming is considered by lines as a big cost saving on fuel and reducing emissions, there are worries that slow-steaming will force customers to increase lead time and stock more inventory, increasing costs overall..

There are varied views on the impact of slow steaming with industry experts seemingly divided in their opinions..

But it comes with downsides of increasing inventory costs for shippers, and lead-time to market. It might also prohibit some schedule recovery efforts, impacting further the already poor state of schedule reliability. It would increase pressure on port efficiency, or at least consistency and reliability.“..

In his column in JOC, Peter Tirschwell, says that slow-steaming is hardly an emissions silver bullet, adding that “Mandated slow-steaming as a down payment for early climate change progress in shipping is inappropriate for container shipping.”

Atlas network is reporting that as per Paris research house Alphaliner, “Despite rising shipper complaints of poor schedule reliability, increased transshipment and longer transits, the Asia Europe trade can only expect more of the same in the year ahead.”

The article adds that according to Alphaliner research, in the past 10 years the number of weekly services on the route has fallen from 35 strings to 19, as the average size of the ships deployed has more than doubled in size, from 7,200 TEU to 15,800 TEU..

Due to the wider use of slow-steaming and the extended time necessary in ports to facilitate increased container exchanges per call, the average round trip for a vessel on the service had grown from 8.7 weeks to an astonishing high of 11.3 weeks..

Based on the above, what is your opinion..?? Do you support mandatory regulation of ship speeds..??

1 thought on “Do you support mandatory regulation of ship speeds..??”