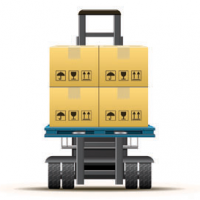 Is there a difference between LCL and Consolidation..??

Thank you for this question Radwa..

There are cases where shippers don’t have enough cargo to fill a full container and they have only small parcels..

They deliver these small parcels to the shipping lines Container Freight Station..

These small parcels are known as LCL which stands for Less than Container Load..

The shipping line collects these small parcels and make up a Full Container Load..

In these cases, although there is a full container load, as the shippers are many, the shipping line would issue their individual bills of lading to the various shippers..

These bills will be the direct line bills of lading and will have a term CFS/CFS mentioned.. This means that the shipping lines responsibility begins at the CFS (Container Freight Station) in port of load and ends at the CFS in port of discharge..

The freight charges for these are charged by the line directly to the shippers in proportion to the amount of cargo they have received from the shipper..

In some countries however, the shipping lines do not offer LCL shipping services and these services are handled by Groupage Operators..

In the case of consolidation cargo, the consolidators issue their House Bills of Lading to the shippers and secure a Master Bill of Lading from the shipping line for the container which is booked with the line as an FCL and which will show them as a shipper on the lines bill of lading..

Depending on the contract with their customers the House Bill of Lading maybe termed as CFS/CFS or Door to Door.. The consolidators responsibility and delivery terms will depend on these terms mentioned on the bill of lading..

The freight charges for these are charged by the Consolidator to the shippers in proportion to the amount of cargo they have received from the shipper..

You might be also interested in reading or refreshing your mind on below previous posts on this blog..

Do shipping lines in your country accept LCL cargoes directly..??

20 thoughts on “Difference between LCL and Consolidation”