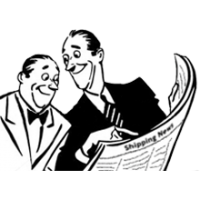 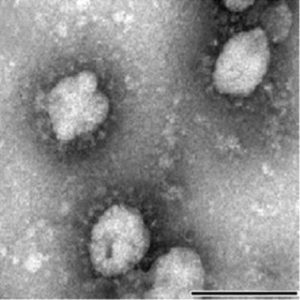 On Sunday the 15th March, President Cyril Ramaphosa of South Africa announced a ‘national state of disaster’ to enable the government to introduce measures to combat the spread of COVID-19 within South Africa..

Below is the gist of the measures now in place in South Africa..

There is a travel ban on foreign nationals from Italy, Iran, South Korea, Spain, Germany, the United States, the United Kingdom and China which have been identified as “high-risk” countries for now..

This ban applies even if visitors from these countries have already been granted a travel visa..

As of 16th of March 2020, all these visas have been revoked and in addition, holders of passports from countries which are not on the “high risk” list, but who have visited a high-risk country within the previous 20 days, will not be granted a visa..

There is also a list of “medium-risk” countries which includes Portugal, Hong Kong and Singapore.. Whole people arriving in South Africa from those countries will be permitted entry, they will have to undergo “high-intensity screening”..

Now this is where things got a bit tricky and confusing for all..

But Transnet has been quick to issue a notification as below to clarify where things stand..

On the 15 March 2020 President Cyril Ramaphosa announced that South Africa now has 61 cases of laboratory confirmed COVID-19 cases comprised of both imported and locally transmitted infections. Consequently, cabinet took a decision to declare a national state of Disaster in terms of the Disaster Management Act.

The President also announced a wide range of measures to curb the spread of the infection in the country. One of the measures announced is the closure of two sea-ports in South Africa.

This communication serves to expand on the president’s announcement and to clarify that this closure refers ONLY to passenger vessels and crew changes. There will be no crew changes at any South African ports.

The commercial vessel operations will continue to function across all sea-ports. TPT has put in place extensive interventions that address infection prevention and control (IPC). We will continue to utilise these measures and enhance them as new techniques become available.

We will also continue the joint response in collaboration with Port Health, local communicable disease management, NICD, customers, contractors and other divisions in Transnet, to ensure that our employees, customers and other stakeholders are safe as they interface with the TPT worksites.

Your continued support in terms of the applicable Infection measures as per our communique dated 09 March 2020 is appreciated.

A further communique regarding business continuity measures (BCM) will follow in due course.

Some of the other salient measures announced by the President included

While President Ramaphosa did not advise businesses to allow employees to work remotely due to the COVID-19, it has been reported that this is already happening..

In view of the fact that COVID-19 is likely to have a severely negative impact on the South African economy, the President stated that a “comprehensive package of interventions” will be announced shortly after consultation with business, labour and other stakeholders..

The President said this action would be necessary in view of the decline in export business and tourist arrivals, as well as the general instability across global markets due to COVID-19, but failed to specify the nature of the economic interventions at this stage..

President Ramaphosa also announced the establishment of a National Command Council to bolster the existing Inter-Ministerial Committee chaired by Health Minister Zweli Mkhize.. The council will incorporate other experts and will meet three times a week to co-ordinate the government’s emergency response..

It has also been announced that government will make emergency funding available to the sectors dealing with the response..

So just to clarify, as regards the ports in South Africa and COVID-19, it is business as usual and all ports are open for commercial cargo business..

Only 2 (yet to be confirmed) of the 8 seaports will NOT handle passenger ships but none of the seaports will allow crew changes till further notice..