Coronavirus COVID-19 and Bill of Lading 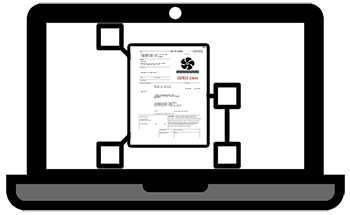 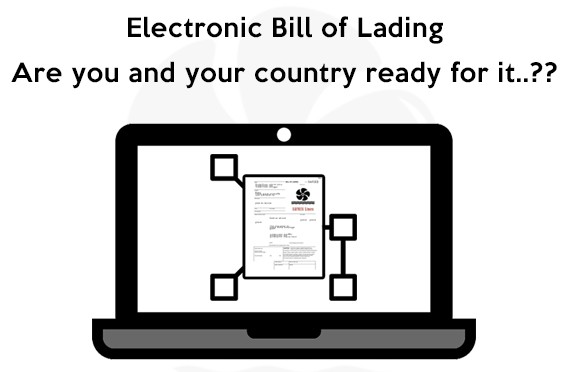 This was a question I asked last year..!!

This question could not be more relevant than it is TODAY, considering the current circumstances and the impact of COVID-19 on the shipping and freight industry..

Many believe that the electronic bill of lading will be a game changer in the shipping industry with faster, efficient transactions, reduction in costs with greater security and less risk..

Currently, we are in a unique moment in history as COVID-19 sweeps through the world reportedly affecting all countries around the world..

This my friends is a time when almost all shipping lines and customers are wishing that they had access to Electronic Bills of Lading..

As you know by now, a Bill of Lading (B/L) is one of the most important commercial documents in the whole shipping and freight chain fulfilling 3 functions..

Traditionally (and even currently), the bill of lading, especially a negotiable one, is issued as a physical paper document signed and stamped by the carrier, usually as 3 originals..

This bill of lading is then physically couriered to the consignee or receiver at destination for release..

Depending on how the bill of lading is issued, there are several permutations and combinations in terms of who should endorse a bill of lading for cargo release..

With the lockdown in various countries around the world due to COVID-19, there are severe restrictions for export customers to get original bills of lading after the cargo has been loaded on board..

Several lines have been promoting their Electronic Bill of Lading and as per some of the lines, this is the perfect solution for the current situation that we facing due to COVID-19..

In a press release, Nir Avni, Managing Director of ZIM Israel said “Especially during the current Coronavirus crisis, the ability to digitally transmit original documents between parties, replacing traditionally physical activities, is of the highest importance.

ZIM leads the way in providing these solutions. Following our successful cooperation with Wave since 2018, we have finalized the integration of Wave with ZIM’s legacy system. We’ve effectively shrunk the time for transferring documents from days to a couple of minutes.”

In November 2017, ZIM Line announced that the first pilot of paperless Bills-of-Lading based on blockchain technology was completed in cooperation with Sparx Logistics and Wave Ltd..

ZIM recently completed an additional stage in advancing electronic bill of lading with the launch of a fully operational e-B/L issued from its legacy system..

“The Wave technology enabling the process is designed to reflect issuance of original paper documents and associated processes in an entirely digital format that matches the legal standards recognized and practiced by the international trade industry, thus reducing the inefficiencies, risks, and losses” added the press release..

CMA CGM, the world’s 4th largest container shipping line recently announced the availability of their electronic bill of lading on their eBusiness platforms..

Electronic bill of lading has the capability to be transacted digitally, safely and securely pretty much in the same way that a paper bill of lading will be handled except that there is no physical movement of a document..

Blockchain bills of lading for example have the capability of transferring this document of title safely and securely electronically, from one party to the next as below :

At the same time, shipping lines must consider their liabilities in terms of issuing electronic bills of lading because if any liabilities occur on goods shipped under other electronic paperless trading systems not approved by the International Group of P&I Clubs, the members will NOT be covered for this..

It is important for shipping lines to be aware of this in terms of their liabilities and cover while also remembering that like any form of insurance, the extent of their liability cover can only be tested when there is a claim..

Switching fully to a paperless electronic bill of lading may not be that easy due to several factors that needs to be considered..

Not just from an insurance perspective, shipping lines and customers also need to check if all other entities involved in bill of lading transactions such as Banks, Chambers of Commerce, Cargo Insurers etc accept electronic paperless bill of lading..

In the current global trade setup, many countries have legislation which allows contracts to be created and signed electronically but the legal status of the electronic bill of lading seems clear as mud to many..

COVID-19 will be cured in due course but hopefully the vulnerability that COVID-19 has exposed in terms of a bill of lading may encourage people to think about electronic bill of lading more seriously..

Also once the UNCITRAL model law has been adopted, it should assist the industry to have a clear view of the rights and liabilities of those who wish to use electronic paperless bill of lading..