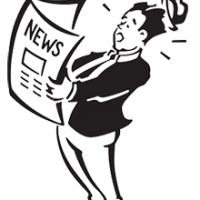 It is only Day 4 of 2019 and we have already had containers going overboard, the search for survivors from a car carrier fire has been called off and now a fire on board the Yantian Express a container ship operated by Hapag Lloyd off the coast of Canada..

2019 certainly seems to be challenging the norm..!!! 🙂 While we certainly don’t need more of the above, let’s see what else 2019 is about to throw at the world of shipping and freight..

Yantian Express, a 7510 TEU vessel operated by Hapag Lloyd is reported to have been involved in a fire incident..

As per Hapag Lloyd, on 3 January, a fire broke out in one container on the deck of the Yantian Express and spread to additional containers. The crew of 8 officers and 15 seafarers is unharmed..

Efforts to extinguish the fire in the containers were launched immediately but have had to be suspended for the time being due to a significant deterioration of weather conditions..

The 7,510 TEU vessel, which is 320 meters long and sails under German flag in the East Coast Loop 5 (EC5) service, was built in 2002 and was on its way from Colombo to Halifax via the Suez Canal. At present, the ship is approximately 650 nautical miles off the coast of Canada..

It is still too early to make a precise estimate of any damage to the vessel or its cargo.. Hapag-Lloyd is closely cooperating with all relevant authorities..