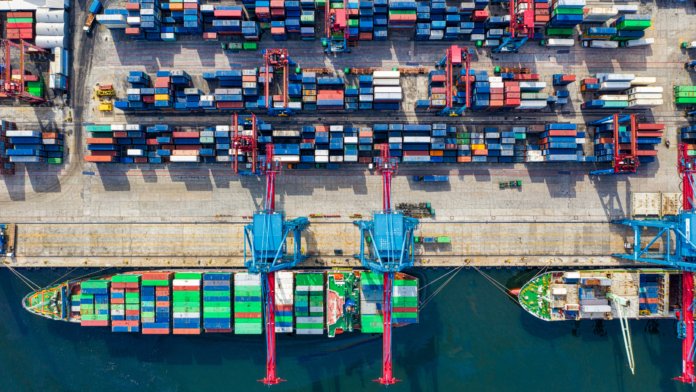 “As we predicted, we have seen a sharp decline in freight rates in the last three months due to a decrease in sales and full inventories as we enter the traditional post Chinese New Year lean season,” said Shabsie Levy, CEO, and Founder of Shifl.

Economists from the United Nations are expecting the economic drivers of 2021 to settle, which will result in lesser growth in 2022 compared to 2021 while US inflation remains a concern. Global supply chains are expected to still face some of the residual pressures of the COVID-19 pandemic.

While the drop in spot freight rates due to reduced volumes and inflation is more prevalent in the USA, as per reports from Shifl China offices, recent COVID-19 lockdowns in major Chinese manufacturing hubs are also impacting the decline as factories and ports operate at a much slower pace, impacting operational throughput inside and outside the port.

“While the drop in China-West Coast spot freight rates has been substantial, it is still significantly higher than pre-covid levels when rates to LA in the slow season were on average at $1200-1500/40’ and New York on average at $2400-2800/40’, said Levy. 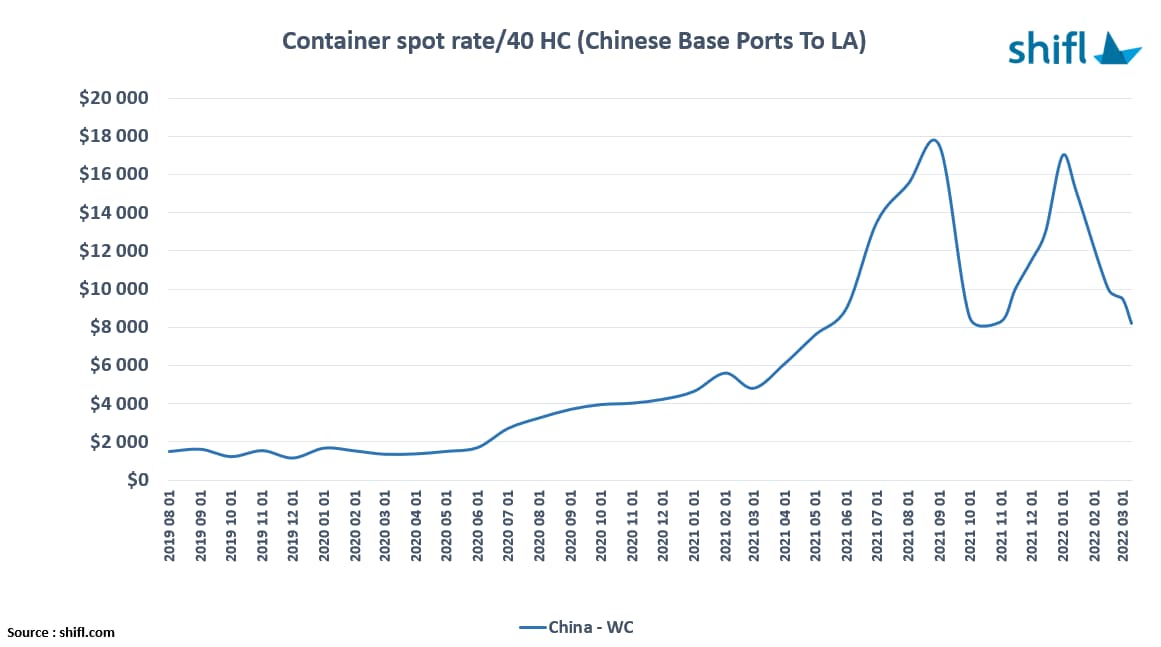 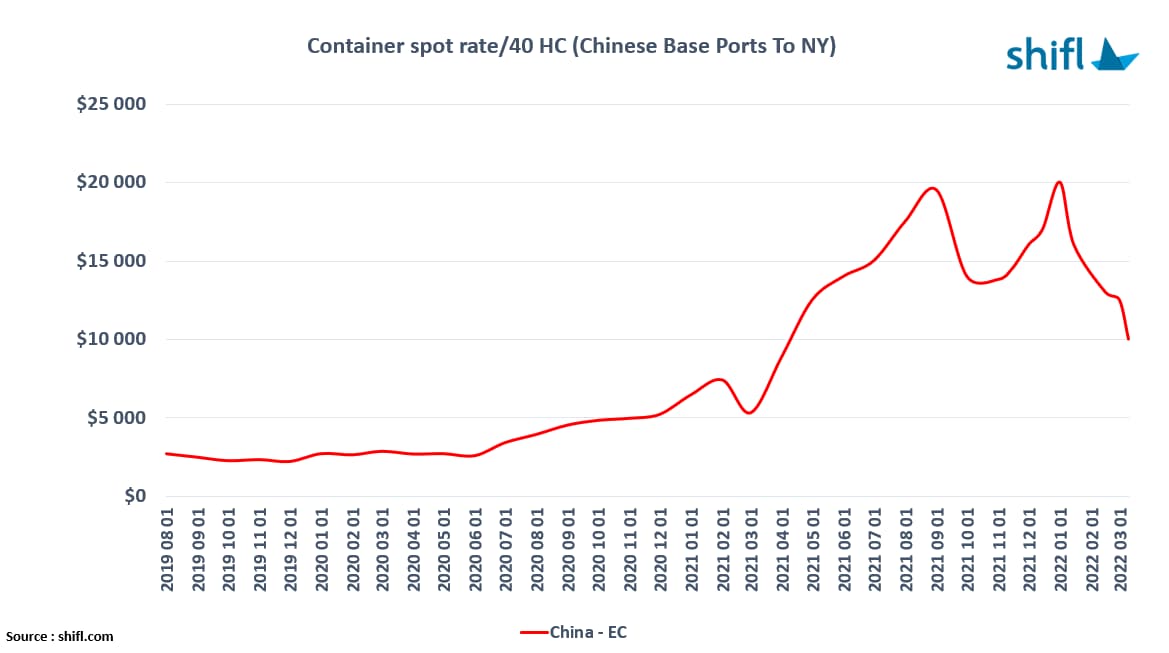 We expect the rates to continue its downward trend up to the 2022 peak season at which time the rates will go up, albeit not to the levels seen in 2021” added Levy.

There is also a possibility that the US West Coast ports may be caught in a new supply chain storm when operations head back to normal in China. The return to normalcy in Chinese operations may be at an inopportune moment, as it coincides with the ILWU longshoremen contract negotiations which have traditionally seen port operations being stalled across the ports of LA and LB, lengthening vessel queues which could put pressure on the rates.

Data from Lloyd’s Intelligence shows there are already 140 container ships waiting outside ports of Shanghai and nearby Ningbo as of April 4, reflecting the extent of the slowdown and a possible under-utilization of all these ships, which could lead to a further drop in rates.

“Shippers must plan their inventory and order placements around these possibilities and be wary of committing to fixed long-term rates at the current numbers” warned Levy.

About Shifl: Shifl is bringing the supply chain into the future with technology and innovation that brings a huge array of real-life benefits to its customers. If you are an importer looking to bring your business into today’s digital age, be more in control of your shipping processes, and pay less — Shifl is for you. Shifl is headquartered in New York and maintains a presence in China, India, Vietnam, Malaysia, Bangladesh, Georgia, Dominican Republic and The Philippines. To learn more, visit https://shifl.com.