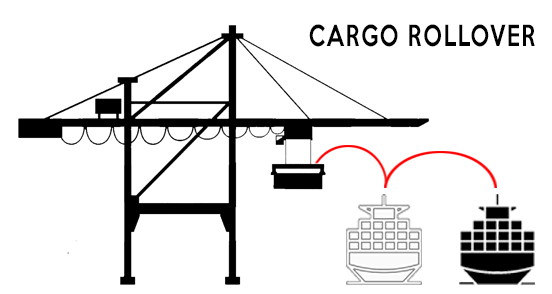 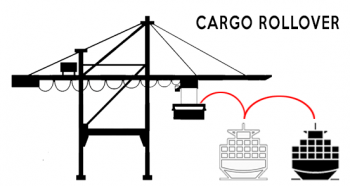 Overall container rollover ratios at leading transshipment ports rose to 28.5% last month, up from 26.9% in September and 22.2% in October 2019, according to Ocean Insights, the world’s leading real-time and predictive ocean container tracking data provider to forwarders and shippers.

“This is supposed to be container shipping’s seasonal lull after the summer peak season, but on some trade lanes freight rates are near record levels and ships are still departing Asia full,” said Josh Brazil, Chief Operations Officer at Ocean insights.

“Container lines are trying their best to cope with critical box shortages in Asia but this is putting more pressure on operations and freight rates. Carriers also no longer have the option of adding more vessels to boost capacity – almost the entire global fleet is currently active.

“I think what we are seeing is that the cargo pipeline has maxed out ocean supply chain capacity and this is being reflected in heightened rollover levels which translates into more disruption for shippers and forwarders.” 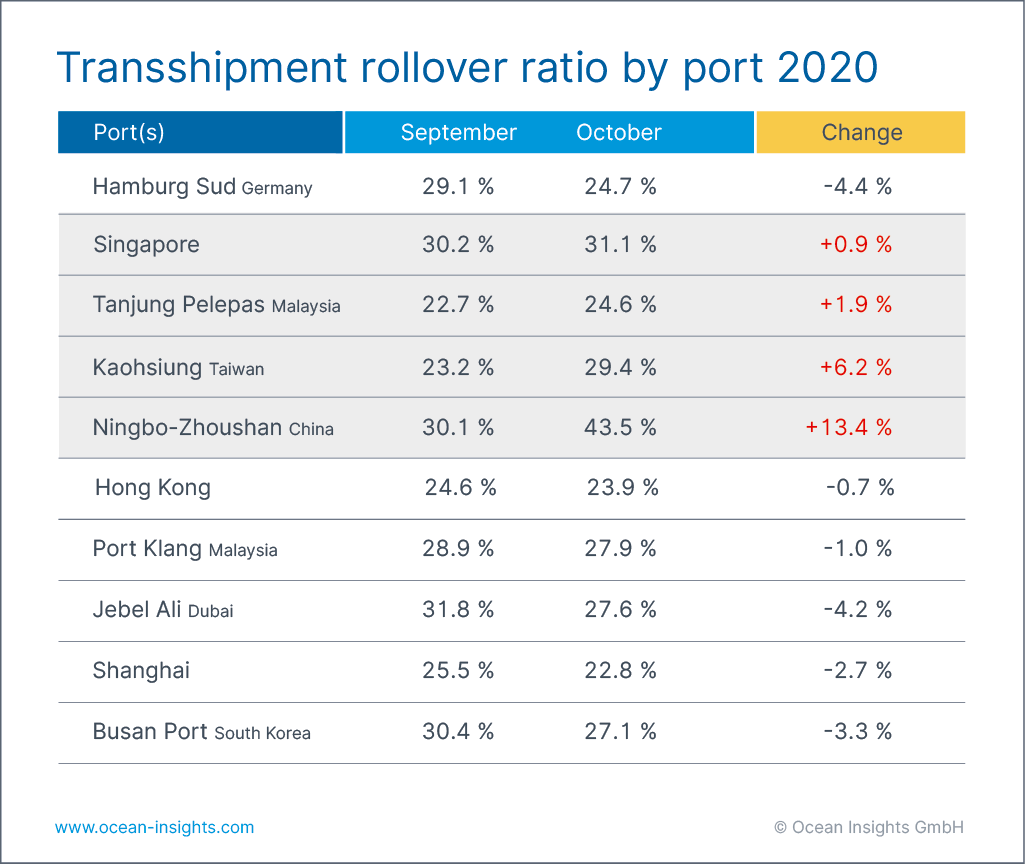 Singapore, the world’s second largest container hub, saw its rollover ratio, calculated by Ocean Insights as the percentage of cargo arriving at the port for transshipment that was shipped on a different vessel than originally scheduled, increase to 31.1% in October from 30.2% in September. This compared to just 21.6% of cargo rolled in October 2019.

The Port of Tanjung Pelepas in Malaysia saw 24.6% of cargo rolled in October, up from 22.7% a month earlier, while Taiwan’s Kaohsiung saw its rollover ratio last month rise to 29.4% from 23.2% a month earlier.

Ningbo-Zhoushan, the world’s third largest container port in 2019 by throughput, was one of the worst performers in October with 43.5% of its cargo rolled, up from 30.1% a month earlier.

However, even though overall cargo rollovers at transshipment ports were up last month, some of the world’s leading box hubs also reported an improvement in carrier adherence to schedules.

24.6% of cargo was rolled at the port of Hong Kong in September but this fell to 23.9% last month but was still higher than the rollover ratio of 21.9% recorded in October 2019.

Shanghai, the world’s largest container port, saw its rollover ratio improve to 22.8% last month, from 25.5% in September and 26.5% in August.

Ocean Insights calculates the rollover ratio for carriers as the percentage of cargo carried by each line globally that left a transshipment port on a different vessel than originally scheduled. 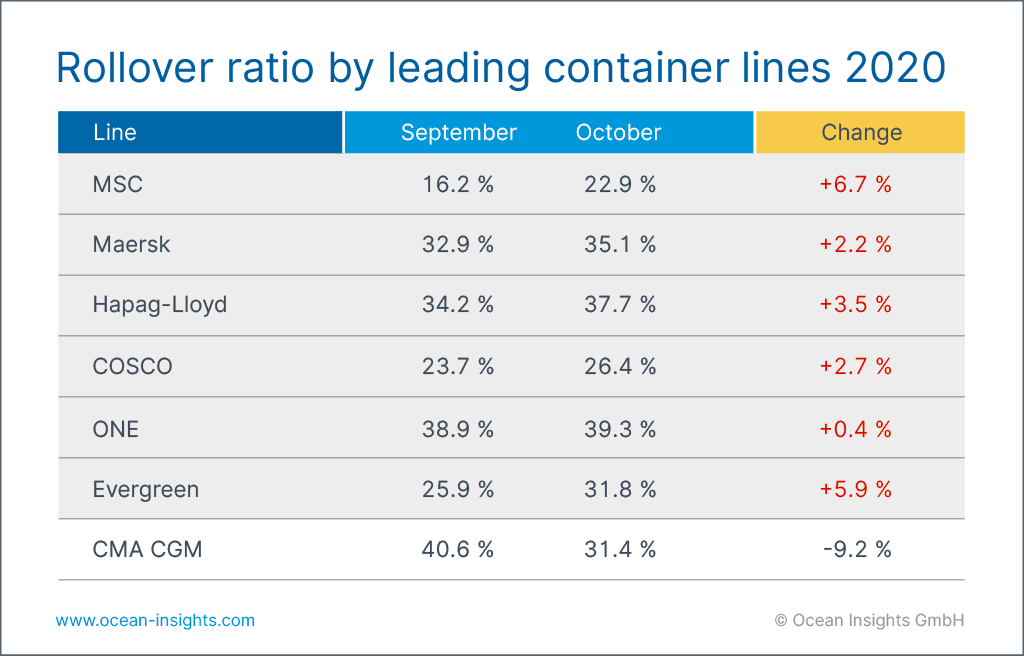 MSC’s rollover ratio as calculated by Ocean Insights rose to 22.9% last month from 16.2% in September.

Bucking the trend, CMA CGM‘s rollover ratio dropped from the substantial 40.6% and 45.8% recorded in September and August, respectively, to 31.4% last month.

Hamburg Sud also saw its performance improve last month with its cargo rollover ratio falling to 24.7% from 29.1% in September.

Getting all the dots connected in ocean freight is not easy. After all, data are often unavailable and rarely comparable. At Ocean Insights, we consistently consolidate and evaluate container shipping data from multiple sources to help logistics teams all around the globe stay on top of their shipping operations – whether for day-to-day business or strategic decisions. We do that by delivering reliable data they can trust.