UPDATE : Further to below, it has been clarified that CargoX is not the only BDT system approved by the IG P&I as edoxOnline and WAVE Network have also been approved..

As per a WorldCargo News clarification with IG, these approvals do not relate to “the blockchain element of the system, but more concerned with legal considerations arising from the terms and conditions”..

As reported by WCN, the CargoX approval states: “The system is supported by a legal framework known as the Special Terms and Conditions (ST&C) that facilitates the transfer and endorsement of electronic bills of lading. While the system removes the need for a paper bill there is scope to revert to paper where it is necessary to do so”. 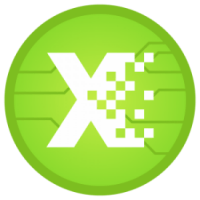 CargoX, the provider of the CargoX blockchain document transfer (BDT) platform, announced that they been granted prestigious approval by the International Group of P&I Clubs.

In a press release CargoX announced that it has become the first and only approved provider to use the neutral, public blockchain Ethereum network for its platform.

The International Group of P&I Clubs (the IG) is an unincorporated association of the 13 principal underwriting Protection & Indemnity (P&I) Associations (Clubs) and their Affiliated Associations and Reinsured Entity.

Between them, they provide liability cover (protection and indemnity) for approximately 90% of the world’s ocean-going tonnage. Of the world’s top 25 reinsurers, 22 were featured on the group’s program in 2019.

“The mutual club system has proved itself resilient and responsive for over 120 years. Future-proofing the group is not a novel concept, but it will be a key focus within the group going forward, and whilst looking ahead, the only certainty is uncertainty, the group, and its member clubs will be there to deliver the necessary solutions for their shipowners and to protect third-party interests,” emphasized Mr. Paul Jennings, Chairperson of the IG P&I in the group annual review.

“CargoX is fully committed to building trust among partners in the supply chain industry in a trustless business world. Providing a fast, secure, and efficient way to transfer documents of title, and herewith the ownership of the transferred goods is of fundamental importance to global trade. We are proud to have been awarded the trust of such respectable institutions, members of the IG P&I. We are looking forward to the future!” said Stefan Kukman, founder and CEO of CargoX.

The approval is a historic milestone for CargoX, and for the public blockchain community at large. Until February 2010, the rules of all the group’s clubs specifically excluded liabilities in respect of the shipping of cargo under all electronic (paperless) trading systems; on 20 February 2010 that all changed for the much better.

This marks the date that the Group approved the electronic systems administered by ESS, Bolero, e-title™, GlobalShare, Wave, and now CargoX.

The solution incorporates and upgrades the usability concepts of email and banking transactions, effectively providing services that are superior to traditional paper document transfer.

The operation of IG clubs

The IG P&I formed in 1899 when the so-called London Group was formed, composed of 6 British P&I mutual marine insurance associations whose job it was to insure British ships navigating the world.

Today, there are 13 member associations, providing liability cover for approximately 90% of the world’s ocean-going tonnage. Of the world’s top 25 reinsurers, 22 were featured in the group’s 2019 program.

Each IG Club is an independent, non-profit making mutual insurance association, providing P&I insurance cover for its shipowner and charterer members against third party liabilities relating to the use and operation of ships. Each Club is controlled by its members through a board of directors, or a committee elected from among the membership.

IG P&I Clubs cover a wide range of liabilities, including loss of life and personal injury to crew, passengers, and others on board, cargo loss and damage, pollution by oil and other hazardous substances, wreck removal, collision, and damage to property.

Clubs also provide a wide range of services to their members regarding claims handling, legal issues, and loss prevention, and often play a leading role in coordinating the response to, and management of, maritime casualties.

The IG P&I has already notified its members of its approval of CargoX public blockchain.

Here is our Review of how the CargoX Smart bill of lading works..