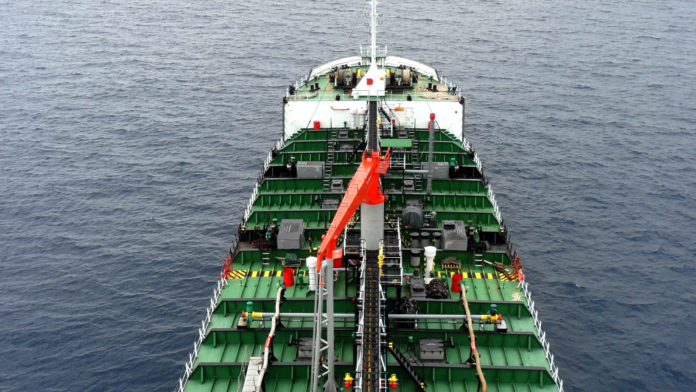 The APL England, a 5,780 TEU capacity containership lost around 40 containers off the coast of New South Wales in Australia in May 2020 with around another 74 containers collapsing within stacks on board the ship..

The APL England was on its routine A3N ANL service between Asia and Oceania (China to Melbourne) when it is said to have rolled in heavy weather, losing the containers overboard..

The ship was detained by Australian Maritime Safety Authority (AMSA) in Brisbane on the basis of preliminary investigations which found that the lashing arrangement for the cargo was inadequate and that some of the securing points for containers on deck were heavily corroded which cause the stack collapse and loss of containers at sea..

A further Direction under the Protection of the Sea (Powers of Intervention) Act was placed on the owners of the ship to locate and recover containers within a priority search area..

The preliminary investigations found the ship to be in breach of the requirements of SOLAS (The International Convention for the Safety of Life at Seas) necessitating the detention of the ship in the Port of Brisbane till the serious deficiencies were fixed by the ship’s owner APL and the vessel operator..

After much debate and controversy over AMSA’s action holding the master of the ship personally responsible for the incident, the empty APL England was released on 19th of June 2020 and allowed to sail from Australia to undertake repairs in China..

The APL England arrived in China (Zhoushan) on the 4th of July 2020 for repairs..

As per AMSA reports, the ship was allowed to sail only after AMSA received a formal written undertaking from the ship’s insurer, Steamship Mutual, that it will pay fines and other amounts that are agreed or imposed by a court in relation to AMSA’s costs in responding to the incident..

It has now been reported that the Captain of the APL England has been committed to stand trial.. The Malaysian Captain Mohd Zulkhaili Bin Alias was facing two charges relating to the loss of containers from the ship:

Brisbane magistrate Mark Nolan found there was insufficient evidence to commit the 44-year-old captain to stand trial on the charge relating to the disposal of garbage from a ship into the sea..

“I find that the plastics alleged to have entered the sea from containers falling from the vessel are not garbage as defined in regulations,” Mr Nolan said while making the ruling..

Capt Alias will however face trial on the charge of taking a vessel to sea while unseaworthy..

Commonwealth prosecutor Nicholas Robinson QC said during earlier proceedings that the Crown’s evidence was that the ship was “not safely loaded” in China and is reported to have said “the unseaworthiness offence related to the load not being securely and properly tied down to meet the ordinary perils of a voyage“.

The Captain of the APL England is set to face trial in the district court on a date yet to be decided..