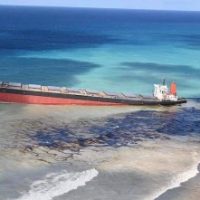 The BBC has reported that the Captain and First Officer of the Wakashio that ran aground on a coral reef in Mauritius and sank, have been found guilty of endangering safe navigation.

As per reports, the captain, Sunil Kumar Nandeshwar, admitted to drinking moderately during a birthday party on board before the MV Wakashio ran aground on 25 July 2020.

Sunil Kumar Nandeshwar and his first officer, Hitihanillage Subhoda Janendra Tilakaratna were found guilty under the 2007 Merchant shipping act by a court in the capital, Port Louis.

Nandeshwar said he had given orders to approach Mauritian waters so that the crew could get phone reception to make calls to their families.

“The sea was bad but the visibility was clear and it was safe to navigate. At one point, the ship could not move and had touched the seafloor. Since I had a few drinks, it did not seem worthwhile to intervene and it did not occur to me that we were sailing that close.” the Captain is reported to have said.

The Wakashio was a 203,000 DWT Capesize vessel owned by Nagashiki Shipping and on charter to Mitsui OSK Lines. The ship left China on 14 July 2020, heading for Brazil, but hit a coral reef at Pointe d’Esny, Mauritius on 25 July 2020. While it is understood that over 1 million gallons of VLSFO was on board the ship, there was no clear indication of the actual tonnage that was spilt.

While a large amount of oil was pumped out, a significant amount still entered into the Indian Ocean but the Mauritius coast guard swiftly deployed booms and took other preventive actions. The government also activated its National Oil Spill Contingency Plan the following day.

By the 5th August 2020, a minor oil slick was observed surrounding the vessel but it was still assumed that the country’s contingency plan was sufficient and that ‘the risk of oil spill was still low‘.

But things got out of hand and the vessel began flooding and sinking eventually splitting into two and spilling at least 1,000 tons of oil into the Indian Ocean.

The effects of the oil spill from the Wakashio began to manifest itself as there were several reports of dead dolphins washing ashore on the beaches of Mauritius, even as the bow of the ship was being scuttled and sunk about 14 nautical miles of where the incident happened..

There was a huge outcry over the deaths of around 17 dolphins who had been found washed ashore dead, on Wednesday 26th August 2020.

The Captain of the Wakashio was arrested and charged with “unlawful interference with the operation of a property of a ship” which resulted in unsafe navigation in Mauritius waters.

The investigation reportedly further found that the lookout officer had been allowed to stay at the birthday party which meant that he could not ensure the safe navigation of the ship.

Nandeshwar apologized to Mauritians for the damage caused. Tilakaratna appealed to the court for leniency and said he had not been able to see his family since his arrest. The pair are due to be sentenced on 27 December.

The accident took place near two environmentally protected marine ecosystems and the Blue Bay Marine Park Reserve, which is a wetland of international importance.

Oil spills affect marine life by exposing them to harsh elements and destroying their sources of food and habitat. Further, both birds and mammals can die from hypothermia as a result of oil spills, according to the US National Oceanic and Atmospheric Administration (NOAA).

For instance, oil destroys the insulating ability of fur-bearing mammals, such as sea otters. It also decreases the water repellency of birds’ feathers, without which they lose their ability to repel cold water. 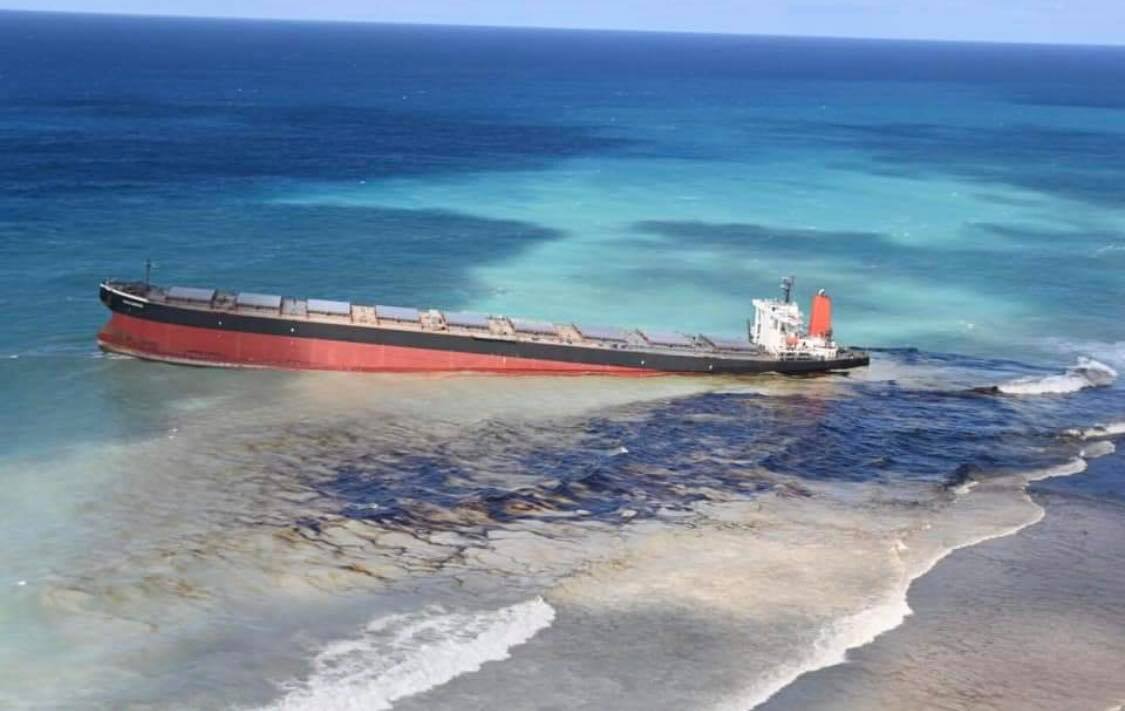 At the time of the incident, Greenpeace Africa warned that “thousands” of animal species were “at risk of drowning in a sea of pollution” with dire consequences for the economy, food security, and health in Mauritius.