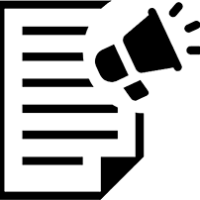 Are demurrage and detention charges justified..??

This is a question that has arisen on the back of demurrage and detention charges levied by the port, terminal and shipping lines to the shippers especially in the key USA gateways of Los-Angeles/Long Beach on the West Coast and New York-New Jersey on the East Coast..

Ok, for those of you that are not aware, here’s the background..

There has been some serious congestion in the main USA gateway ports such as Los-Angeles/Long Beach on the West Coast and New York-New Jersey on the East Coast.. This has been going on since 2014 apparently kick started by labor disruptions on the U.S. West Coast in late 2014 and early 2015..

As per WSC’s observations on Port Congestion, Vessel Size and Vessel Sharing Agreements,

Port congestion can arise from multiple causes, and those causes may vary by port or by a marine terminal. These include:

While this congestion was continuing, truckers, forwarders and BCOs (Beneficial Cargo Owners) were being charged by the shipping lines and the ports/terminals for demurrage and detention..

As summarised in previous posts,

Depending on the country, the meanings of these terms could change slightly.. In some countries there is a difference between demurrage and detention and demurrage and storage..

Since the subject of this article is the USA, we will follow the local practice in the USA.. In the USA,

Let me illustrate the problem with an example.. For example, CMA-CGM’s (world’s 3rd largest container carrier) demurrage and detention tariff is as below* :

In the above example, a 20′ General Purpose Container (GP), is allowed a total of 5 free days within which the customer has to take the full container out of the terminal, unpack it and return it to the empty container depot nominated by CMA-CGM..

If the container stays inside the terminal for more than the 5 free days, then from day 6, there is a demurrage of USD.220/20’/per day applicable.. 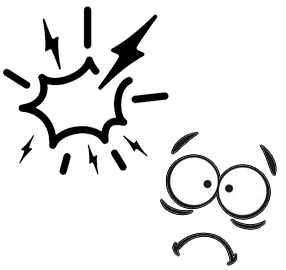 Now imagine a customer who has 10×20′ GP containers stuck in the terminal not cleared, not moved, not delivered for say 10 days due to the congestion..

YES, and that is why there is an uproar from the truckers, BCOs, freight forwarders etc because a lot of them were unable to clear or move their cargo out of the port/terminal within the allocated free time due to the congestion issues..

So even if they WANTED TO, they couldn’t get the containers out in time but were/are being charged by the shipping line and/or port/terminal for demurrage..

Hence the question whether the demurrage and detention charges are justified has been raised..

So what is the shipping line’s view..??

As with ships or any movable assets (trucks, taxis etc) containers also make money for their owners ONLY WHEN IT IS MOVING and not when it is sitting still.. Therefore shipping lines are charging demurrage to offset these losses as the delays are from the port..

John Butler, WSC president and CEO, said carriers and terminals should not bear all costs of port delays, as it would place them “in the role of insurance providers against adverse weather events, labor disruptions, and delayed government inspection of containers.”

Well ports seem to be blaming the congestion issues on the increasing sizes of ships in the Trans-Pacific trade lane, which require longer times to berth and also on the fact that when mega ships arrive at port for loading or unloading there must be sufficient terminal operations to maintain vessel schedules (a global issue)..

But The World Shipping Council (WSC), in particular, whose carrier members control 90 percent of global container capacity, is having none of this and have noted in their report that

The growth of large and ultra large vessels in the container industry has affected the Asia-Europe routes more than the Trans-Pacific and other trades. The largest container ships (18,000 TEU +) are deployed only in the Asia-Europe trade.

Federal Maritime Commission Chairman Mario Cordero has noted, this development in increased vessel size is no surprise, and port authorities and port operators have known that larger ships are being built and deployed for some time. Major U.S. container ports have been dredging to 50 feet channel and berth depth for years and adding cranes with the height and reach in order to serve larger vessels. Their arrival is not an unforeseen event.

So what is going to happen and are these demurrage and detention charges justified especially when there is port congestion involved..??

Well, as per a JOC news item on the 20th of September, US Federal Maritime Regulators have agreed to hold a public hearing on whether demurrage and detention fees charged to the shippers are justified or can be considered unreasonable and therefore void..

This is in response to a petition submitted by a shipper coalition to the FMC nine months ago, seeking guidance on this very costly matter that cost shippers millions of dollars every year..

A date has not yet been set as to when the hearing will take place, and the FMC is expected to publish details on the schedule and is expected to invite participants for a panel discussion..

So do read up on all of the above and form your own opinion on whether the demurrage and detention charges in this particular case are justified..

30 thoughts on “Are demurrage and detention charges justified..??”