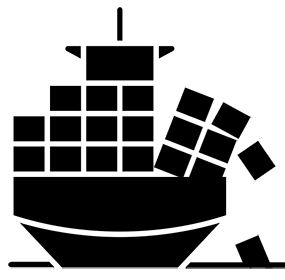 As previously reported, on the 24th of May 2020, APL England, a container ship experienced a temporary loss of propulsion during heavy seas about 73 kilometres south-east of Sydney causing around 50 containers to fall overboard and leading to the collapse of around 74 containers within the stacks on board the ship..

An investigation into the incident resulted in the Australian Maritime Safety Authority (AMSA) detaining the vessel under both the Protection of the Sea Act and the Navigation Act in Brisbane..

The ship was detained on the basis of preliminary investigations which found that the lashing arrangement for the cargo was inadequate and that some of the securing points for containers on deck were heavily corroded which cause the stack collapse and loss of containers at sea..

A further Direction under the Protection of the Sea (Powers of Intervention) Act was placed on the owners of the ship to locate and recover containers within a priority search area..

The preliminary investigations found the ship to be in breach of the requirements of SOLAS (The International Convention for the Safety of Life at Seas) necessitating the detention of the ship in the Port of Brisbane till the serious deficiencies were fixed by the ship’s owner APL and the vessel operator..

After much debate and controversy over AMSA’s action holding the master of the ship personally responsible for the incident, the empty APL England was released on 19th of June and allowed to sail from Australia to undertake repairs in China..

The APL England arrived in China (Zhoushan) on the 4th of July and remains under AMSA detention while the vessel undergoes repairs..

As per AMSA reports, the ship was allowed to sail only after AMSA received a formal written undertaking from the ship’s insurer, Steamship Mutual, that it will pay fines and other amounts that are agreed or imposed by a court in relation to AMSA’s costs in responding to the incident..

This commitment is for an amount up to A$22.5 million..

AMSA issued a directive on the 12th of June to the shipowners APL of the ship to locate and remove containers as agreed within a priority search area where it is believed multiple containers may have sunk..

AMSA has welcomed advice from the owners and insurers that they continue to work toward establishing contracts for the search and removal of containers within the identified search area..

NSW Maritime has also undertaken significant cleanup operations along the coastline between Port Stephens and Ulladulla including the removal of shipping containers and their contents.. 15 of the 50 containers lost overboard have been recovered so far..

The last sighting of a container confirmed to have come from the APL England was on the 31st of May 2020.. AMSA has requested the community that if containers or debris is observed along the NSW coastline to report it to NSW Maritime.. 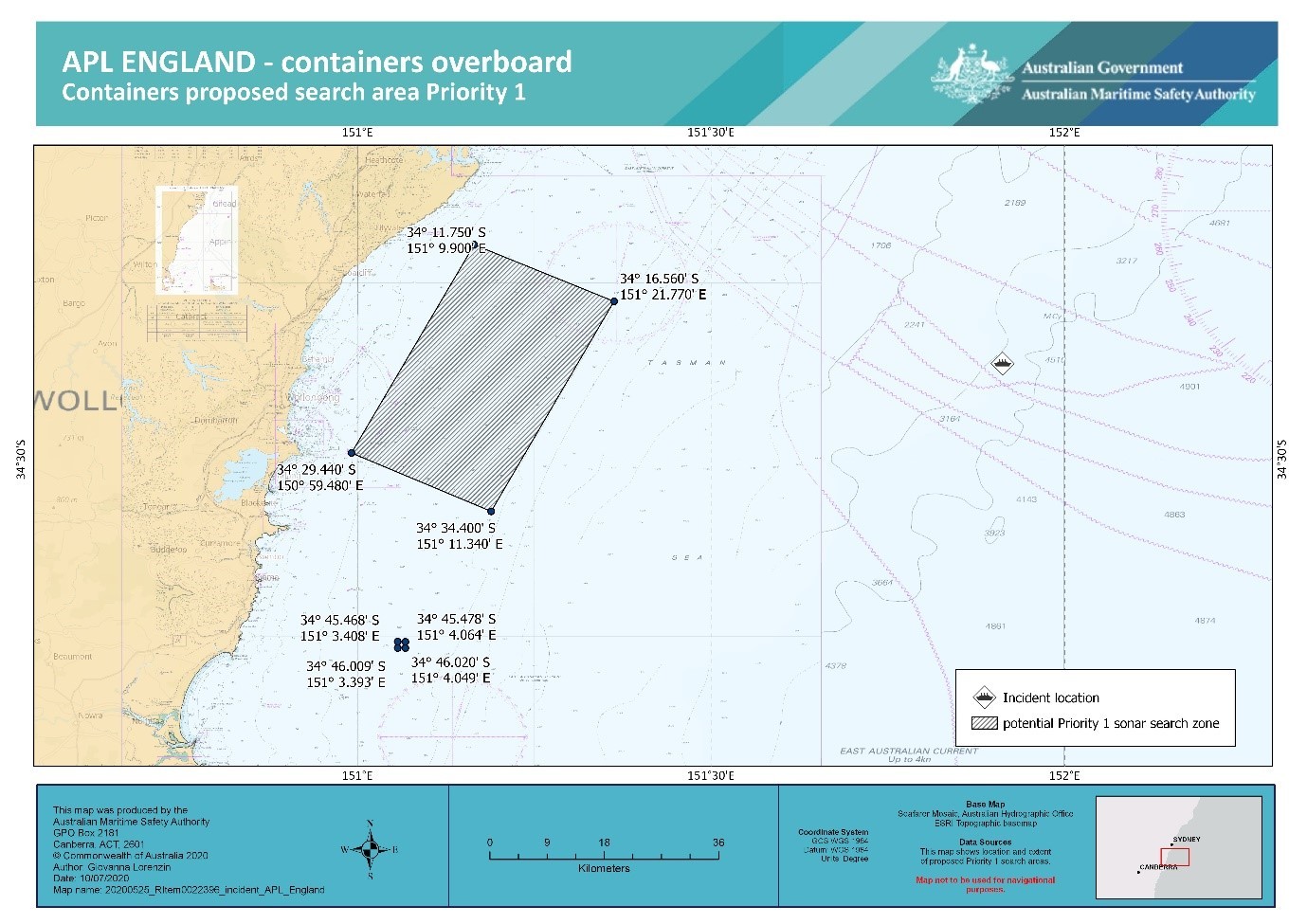 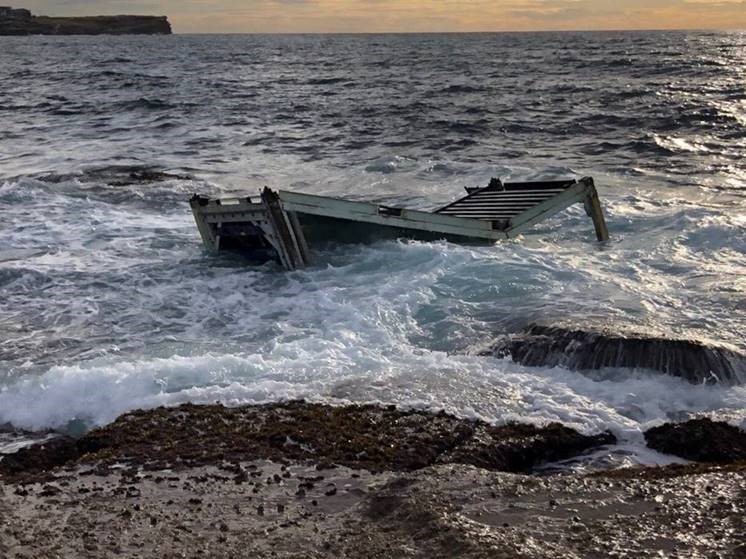