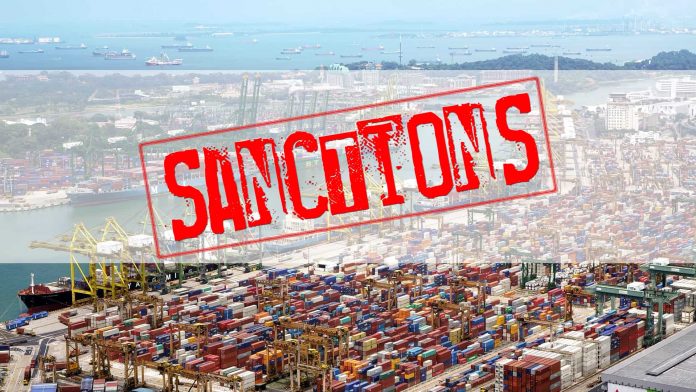 As everyone knows, the Russia-Ukraine conflict has been with us since February 2022. Different countries have reacted differently to the conflict with some supporting Russia, some against Russia, and some remaining neutral.

There have been several sanctions against Russia on several fronts and below is a summary of key UK, EU, and US sanctions introduced as a response to the Ukraine conflict.

Russian ships are prohibited from 1st March 2022 from entering ports in the United Kingdom.  Russian ships include:

These sanctions do not apply to other ships originating from or destined for Russian ports; ships carrying cargo to or from Russia are not within scope of the transport sanctions unless they fall within the definition of a Russian ship or specified ship as above. Further, the sanctions do not apply to ships (that are not otherwise included in the Regulations) with Russian crews or Masters, unless they are a designated person.

It is prohibited from 16th April 2022 to provide access to any EU port to any vessel registered under the flag of Russia.  This prohibition applies to vessels that have changed their Russian flag or their registration to the flag or register of any other state after 24 February 2022.  There are several exemptions as set out in Article 3ea of Regulation 833/2014.

The following are prohibited:

The US is also now empowered to sanction persons operating in the marine sector of Russia.

The UK has imposed trade prohibitions relating to:

The EU sanctions pursuant to Regulation 833/2014 (as amended) include prohibitions on:

– The sale, supply, transfer or export of:

– The purchase, import of transfer of:

The transport of Russian cargoes is also impacted by the party related sanctions (see below).  There is also a trade ban between Donetsk and Luhansk and the EU (see Regulation 2022/263).

The EU, US and UK have all sanctioned individuals and companies in response to the Russian invasion of Ukraine.   The sanctions introduced against entities range from full asset freezes, to bans on almost all transactions with the sanctioned entity, together with more limited restrictions.

Of particular note is the EU prohibition on transactions with certain state-owned Russian companies listed in Annex XIX (these companies include Rosneft, Transneft and Gazprom Neft).  There is an exemption until 15 May 2022 for performance of contracts concluded before 16 March 2022 and the ban does not apply to transactions which are strictly necessary for the purchase, import or transport of fossil fuels, in particular, coal, oil and natural gas, as well as titanium, aluminium, copper, nickel, palladium and iron ore from or through Russia into the EU (the ban therefore applies when these cargoes are not being transported into the EU) ; or to  transactions related to energy projects outside Russia in which the companies listed in Annex XIX is a minority shareholder.