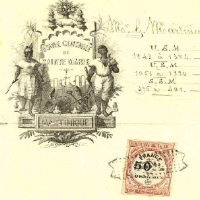 Here’s something VERY INTERESTING for maritime historians, nostalgic seafarers, shipping documentation people and generally everyone interested in our wonderful industry..

Mr. Ahmet Aytoğan from Turkey is an avid collector of BILLS OF LADING.. Yes.. You heard right.. Bills of Lading (not sure if this hobby has a name yet like Philatelist etc……)

He has been collecting bill of ladings for twenty three years now and has found many interesting bills of lading from different sources such as internet sales, local and international auctions, shipping agents, colleagues from all over the world and second-hand booksellers..

Below is a slideshow of his awesome bill of lading collection and also his explanation..

This post has been updated with the addition of the oldest bill of lading in Mr. Ahmet Aytoğan’s bill of lading collection dating back to the year 1680 !!!!.. Yes..

Allow me to begin by saying that bill of lading is the focal point of my professional life, the means by which I make my living.

Where an exporter encounters a problem with the bank, the subject matter is mostly related to the bill of lading. Then, either the carrier that has issued the bill of lading or its agent intervenes and tries to settle the problem.

I actually did realize the importance of the bill of lading, even during my early years in this profession and decided to educate myself and develop my knowledge on the subject.

But, I was having difficulty in finding resources. When I told my elder brother, Karabey AYDOGAN, who is an assiduous and dedicated collector that I am getting interested in collecting bills of lading, he besides encouraging me, furnished me with some books.

First samples in my collection were the ones that were used by the ship-owners during the period I was working for Arkas. Later on I started gathering more samples from the second-hand booksellers.

During my trips abroad I also dipped in the collection of the antiquarian shops and purchased several worthy samples.

Friends in the shipping community started letting me have whatever meager samples they may have. As the number of samples I have gathered grew, together with the growing interest and support of the community, this modest effort gradually developed into an objective and purpose.

Now, several of my friends in foreign countries who are involved in collecting second-hand books and similar documents are sending me bills of lading they come across and I keep on adding many new samples in my collection.

Many years ago I read books on the history of bill of lading. But, an exhibition of bill of lading, as to my best information, was materialized in Turkey for the first time with the sponsorship of Mediterranean Shipping Company, where I am presently employed, in Naval Museum, during May 2014.

My second exhibition, sponsored by the Istanbul Governor’s Office, took place on the occasion of the Cabotage Day. Third one was arranged for during the FIATA 2014 Conference held in Istanbul and became my first international exhibition.

Last one was in Izmir, sponsored collectively by Mediterranean Shipping Company and Izmir Chamber of Shipping and earned me Special International Logistics Jury Award for 2014.

Quite a number of people from shipping community, including of course, freight forwarders, customs agents, scholars from the maritime law world, bankers involved in foreign trade have shown great interest to my exhibitions. I am thankful to all of them.

But, perhaps needless to add that my primary objective is to be able to set up an exhibition in England, the home-town of shipping.

To display my collection during a Comité Maritime International Assembly was also one of my objectives. Now I regard myself as one of the luckiest people, because CMI has decided to hold a meeting in our beautiful İstanbul and I was invited to open an exhibition.

I therefore would like to thank to the Chairman of the Organising Committee Dr. Bülent Sözer and to the President of the Turkish Maritime Law Association Prof. Dr. Samim Ünan and members of the board. 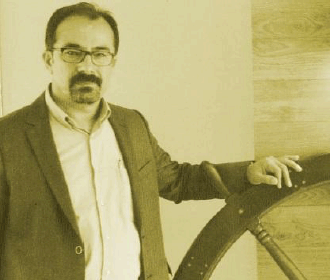 I am grateful to President of the Comité Maritime International, Mr. Stuart Hetherington and its Secretary-General Prof. Dr. John Hare for their consent and approval for this exhibition.

While I by all means intend to pursue my efforts and endeavors to keep on enlarging my collection of bills of lading, which for the time being dates from the year 1680 and consisting of hundreds of originals in many languages; I would rather welcome the interest of specialists and scholars to delve into historical as well as economic aspects of the bill of lading.

I would like to express my feelings of gratitude in advance to individuals and institutions that would care to contribute in the future to the furtherance of the voyage of my collection.

Having seen this collection of Bills of Lading, does anyone else have any other collections relating to shipping, maritime and freight, that they would like to share..?? Would be interesting to see.. 🙂

2 thoughts on “A collection of Bills of Lading”